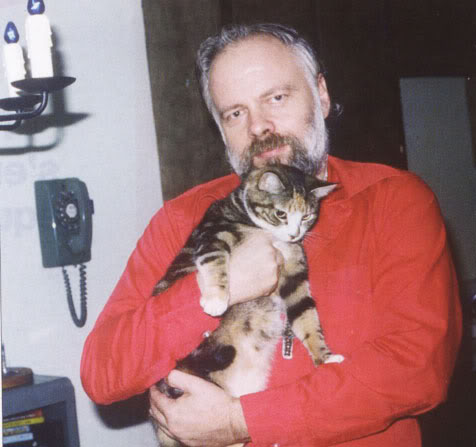 What is reality? Should we trust those in power? Who am I? These are among the questions that legendary cult god science fiction prophet Philip K. Dick weaved into his decades’ worth of novels and short stories. He had 44 novels and 141 short stories published between 1951 and 1982. Today, he would be 86.

I first came across him through a movie. Spoiler alert, it’s not Blade Runner (starring Harry Ford). If you think it’s Total Recall (starring A. Schwarzenegger) or Total Recall (starring Jessy Biel) or Next (starring Nick Ca-age) you’re wrong. The year is 2006. The big movie coming out that summer was Transformers. I was looking forward to it for some reason I still don’t understand. Then saw the trailer and changed my mind. I had already started watching indie and art house movies by then and learned Richie Linklater had a film coming out with Keanu called A Scanner Darkly. Since I lived in central Delaware I assumed a small artsy movie like that would play there. Well, it didn’t. I rented it from Blockbuster ASAP and loved it. From there made the mistake of showing it to my friends that loved Transformers and no one liked it. PKD’s books came a few years later but the seed had been planted in my sub-consciousness.

Philip Kindred Dick was born December 16, 1928 in Chicago. He had a twin sister, Jane, but she died 41 days later unfortunately. His parents were Dorothy Kindred Dick and Joseph Edgar Dick. Joe’s job had them moving around and they ended up in San Francisco. Shortly after Joe was transferred to Reno, Nevada but Dorothy wanted to stay in California. They divorced. Dorothy won custody and raised Phil as a single mom. They moved to Washington D.C. Phil attended Quaker schools for a few years. They moved back to California in 1938.Two years later, when he was 12 he discovered a science fiction magazine called, “Stirring Science Stories.”

His high school years were spent at Berkeley High School with fellow legendary science fiction writer Ursula K. LeGuin. They didn’t know each other at the time however. Phil graduated and very shortly went to University of California Berkeley in 1948. He dropped out for medical reasons and married for the 1st of 5 different times. His marriages were the following Jeanette Marlin 1948, Kleo Apostolides 1950 to 1959, Anne Williams Rubinstein 1959 to 1965, Nancy Hackett 1966 to 1972, and Leslie Busby 1973 to 1977. Also he has three children, Laura Archer, Isolde Freya, and Christopher Kenneth. 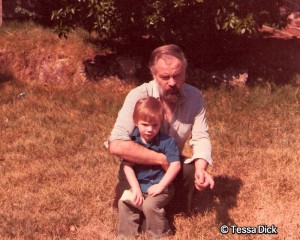 Kleo was heavily involved with liberal activism to the point, an FBI agent started stopping by and inspecting the young couple. They ended up being good friends with the FBI agent for the next few years.

He sold his first short story in 1951. Four years later he sold his first book, The Solar Lottery. He attempted to break into mainstream fiction. No one wanted any of it. Science fiction on the other hand fully embraced him and couldn’t get enough. In 1963 he won his only Hugo award for The Man in the High Castle. By this point he was done with mainstream fiction. He continued writing at the rate of a book or two published per year.

In the early 1970s, a woman delivered a package. It was analgesia for a dental procedure. She was wearing a Christian fish necklace. He opened the door and saw the fish or as he called it the, “vesicle Pisces.” This caused several months of visions that inspired the VALIS trilogy. 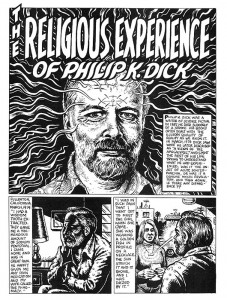 After an interview in 1982, he was hospitalized after having a series of strokes. March 2, 1982 life support was cut. He was the first science fiction writer published by the Library of America, a nonprofit publisher of American classics. His library colleagues include Theodore Roosevelt, Mark Twain, Kurt Vonnegut, W.E.B. DuBois, and Willa Cather.

PKD’s drug habit and addiction is pretty well-known. During the 1960s his home became a haven for counterculture hippies and whatnot. Apparently his drugs of choice were amphetamines and speed. After years of using he sobered up and wrote A Scanner Darkly based on his last few years of drug use. In 1970, his 4th wife, Nancy Hackett, left him. He was lonely in a four bedroom home so he had teenage and college age hippies hang out at his home and get high. There was a regular crew of people that are represented in A Scanner Darkly. His writing output slowed down post going sober but his ideas remained just as bizarre and insightful.

Overall his career wasn’t amazing. He was a successful writer that made a living off it but was never fully appreciated until after he died. Phil didn’t live to see Blade Runner, which came out three months after he died. He saw special effects tests and loved it. It was apparently exactly how he envisioned his book Do Androids Dream of Electric Sheep? If you look at a lot of PKD’s short stories and novels, they follow a similar formula. A regular man is caught up in a crazy situation where there’s heavy drug use that manipulates reality or perception of reality where the governing body of some kind is corrupt in some way. In addition there are two other storylines that may or may not interact with the core storyline but the central idea is fascinating and engrossing. Also the main characters have crazy names for example; Eric Sweetscent, Herb Lackmore, Lars Powderdry, Elvira Funt, and Reese Verrick.

The first PKD book I read was The Zap Gun. It was the wrong book to start with. While it’s enjoyable it’s a deep cut for a reason. Shortly after that I read Now Wait for Last Year and The Three Stigmata of Palmer Eldritch. These hooked me for life. 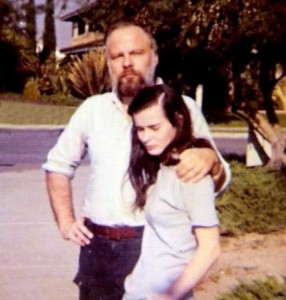 Phil approached science fiction from a psychedelic, relatable and philosophical point-of-view. They manage to be very weird and out there yet feel grounded, real and human. PKD changed the scope of science fiction. There aren’t majestic chosen ones bound by fate. There aren’t giant space battles. There aren’t colossal space monsters. He wrote about mind-bending, reality-altering concepts that affect a person’s life and environment. The concept and themes fully engulf and consume everything in the pages. You see how it affects and morphs every aspect of that world. He plunged into your consciousness and challenged everything you knew and assumed to be real and tangible.

He tragically never got to see his work change the world. Let’s celebrate the life of Philip K. Dick, pick up one of his books and question your reality. You won’t regret it.

The Three Stigmata of Palmer Eldritch, 1964

Next ArticleEpisode 47 - My Evil Twin