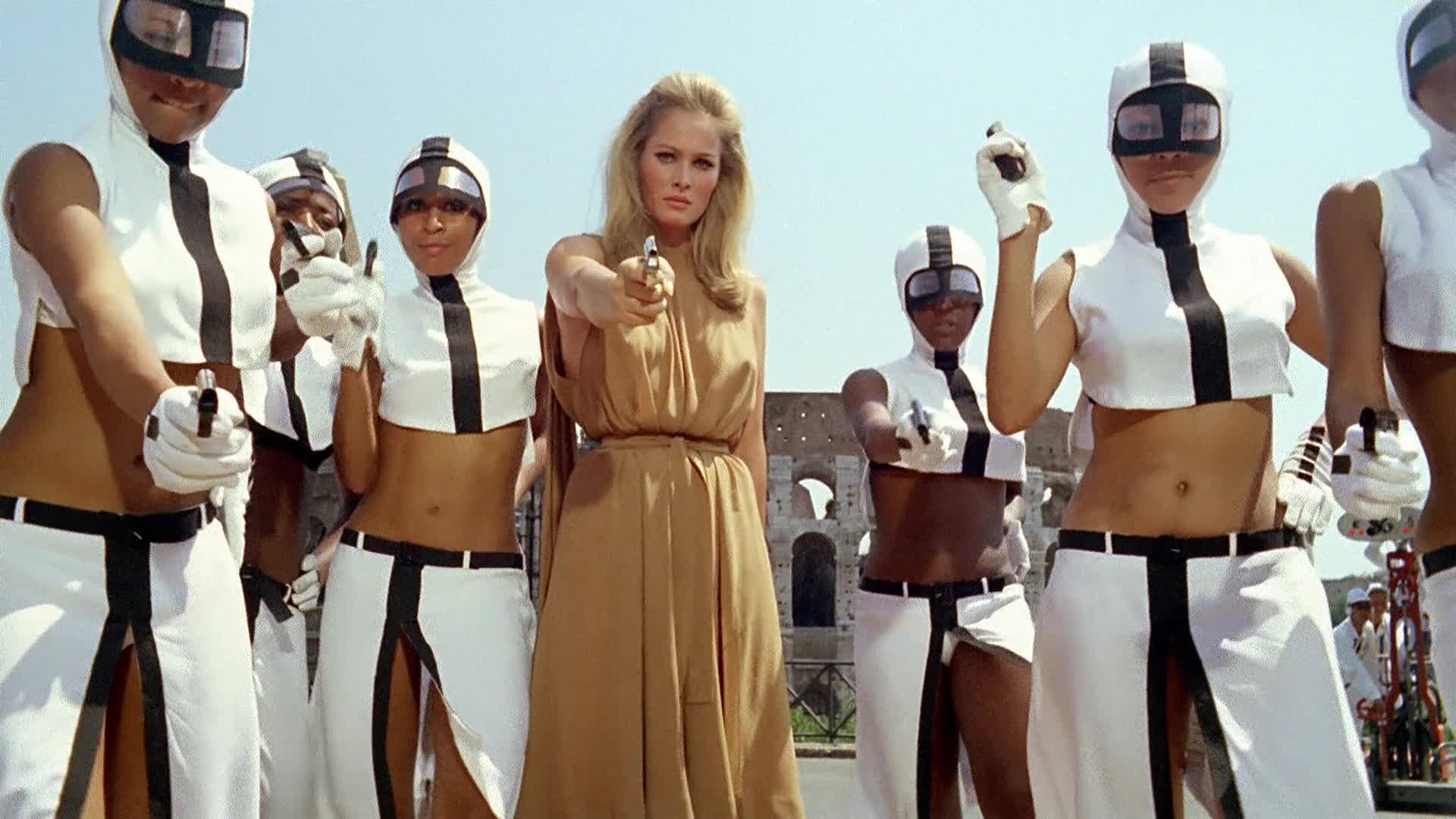 Everyone loves a good old-fashioned dystopian future. They are cool now so I decided to study this movie trope. More specifically I looked at the 1960s idea of a dystopian future compared with the modern film’s dystopian future. I watched the following films in preparation for this article. Three from the 1960s, The 10th Victim – 1965, by Elio Petri, Alphaville – 1965,  by Jean-Luc Godard, The Gladiators – 1969, by Peter Watkins and three modern; Snowpiercer – 2013, by Bong Joon-ho, Doomsday – 2008, by Neil Marshall, The Hunger Games – 2012, by Gary Ross. This one will be about the old. I will answer a few questions analyzing the different movies from different eras. 1) What do these futures have in common with each other? 2) How close are we to these futures? 3) Would it fun to live in these futures? 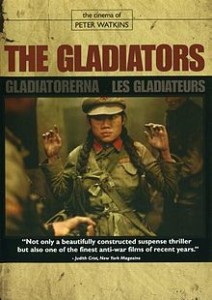 What do these futures have in common with each other?

The best/worst recurring motif is computer technology. They so wildly mis-predicted where technology was going in the best way. It’s pretty amazing. Computers at that time were still the size of a room and they predicted…they would stay exactly the same. Other pieces of technology are giant-sized or shrunken but the most technological thing of the 20th century remained exactly the same. Except they had one major change, that made them terrifying overseers keeping humanity in line, the ability to speak. The most evil thing that a computer could possibly do is sound kinda like Dalek but not enough that it’s violating copyright. Also they kept humanity in line via many evil methods like deciding who lives and dies and other boring stuff like that. I imagine that was revolutionary and mind-blowing at the time but now it doesn’t quite have the same effect. Basically, it’s like CG now. Much like a beer, it doesn’t age well.

Some other themes are the rise of mega-corporations, the popularity of reality TV and the extinction of religion. You could say part of this is happening right now as you read this. The recurring theme for these businesses isn’t profit but morality…? These companies make society more moral and peaceful. How do they do that exactly? They create games involving people hunting and killing other people. It’s a mixed message but they tricked governments into giving them money somehow. I don’t understand how they even started. How does one propose creating a LLC that produces corpses? It raises questions and once you start breaking down it stops making any sense. Religion appears to have been replaced by these mega-corporations.

According to these films, people at the time were afraid of religion disappearing, computers talking, and corporations creating and policing morality. Two of these are legitimate and understandable fears. The other is talking computers. 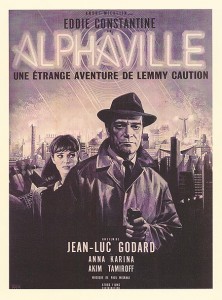 How close are we to these futures?

Naturally looking at these films you’ll start to wonder, if it’s just around corner. Reality TV is unfortunately still very popular. It begs the question, where is reality TV heading? We have shows about Honeys’ Boo2, Dynasties of Ducks, Cats of Fishing and Gene Simmons’ Jewelry. It’s only a matter of time until they’re completely out of ideas and revert to gladiator style fights for our entertainment. It appears on its last legs now but imagine, in 50 or 60 years what will it morph into?

The omnipresence of cameras recording every detail of our dull lives was spot on. However, we adjusted very quickly and seemingly don’t care or mind. In the movies, cameras are everywhere. Some are hidden and some are staring you in the face. In theory it is possible to record every second of a person’s life using security cameras, cell phones, laptops, camcorders, GoPros, webcams, google glass, etc. I think we should start giving a shit a little at least I mean, privacy is great. When you’re alone you can do anything…anything without the prying eyes of society judging you, privacy is necessary for us to function. Enough of that, cameras are everywhere and that was eerily accurate.

The status and power that corporations have is mentioned in the previous section. However, it appears corporations are unstoppable and growing stronger. I hate to say it but according to the 1960s version of a dystopian future…we are living it as you read this. I’m sorry this is how you learn. We can start by throwing away our phones or we can start tomorrow. 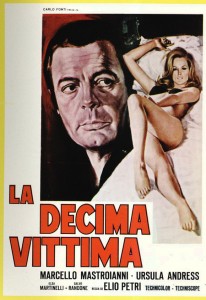 Would it be fun to live this future?

I saved the best for last. This is not a simple question of yes or no it requires some thought and patience. There are multiple things to consider here. According to the sections above this future involves mega corporations that produce morality through corpses, cameras constantly watching us, computers that talk in gravelly voices, and reality shows where people do ridiculous things against their will. On top of that everything has just slightly more rubble than now. It’s not a complete wasteland but it’s nearly done recovering through a disaster, compared to modern ones.

Since things aren’t as bad as they could be, this future might be worth it however. Here is my reasoning, it may appear bad but living in an oppression future would have one great benefit. That is, amazing Hip Hop and Punk Rock. Since the economy is not so great and people live in impoverished conditions, that breeds anti-establishment and honest music. I would want to live in this future. The music would be so good it’s worth the potential of being involved in a life-or-death reality show, oppressive corporations, and computers talking to me with creepy gravelly voices.

With all that said, Part 2 is coming soon. I’ll take a look at the modern idea of a dystopian future with The Hunger Games, Snowpiercer, and Doomsday.