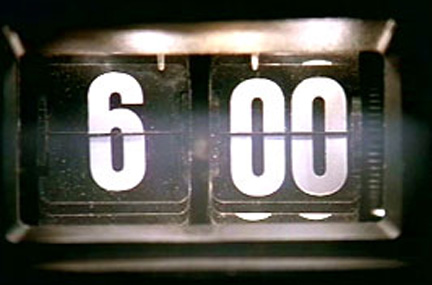 The Big Containment Unit in the Sky

Last week I teased a basically completed column about something I’ve been waiting to talk about for weeks.  I know everyone is just itching to know what it is and I hope I’m not doing a Phantom Menace type buildup to it, but it’s gonna have to wait one more week.  Maybe I’ll do a special weekend edition.

This week’s delay is much more somber than my gushing over a movie trailer, or how the movie spawning that trailer is going to be wicked awesome.  The delay this time stems from the death of a legend that I could not let pass with the mere sharing of another website’s article for all us Rhymers (trademarked!) to comment on. 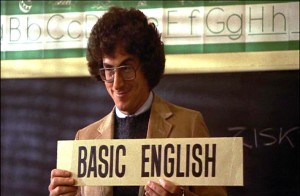 Harold Ramis has been eulogized by just about every media outlet known to man since he died last weekend, and everyone has mentioned pretty much the same handful of movies in which he was involved in those eulogies.  There’s Stripes, National Lampoon’s Vacation, Groundhog Day, and of course Ghostbusters.

I’m not going to pretend I had any knowledge of Ramis’ personal life.  I was unaware he was even battling a disease of any kind (so unaware I’d have to look it up because I can’t remember now after hearing it just the other day).  His work didn’t touch me on a metaphysical level; it didn’t transcend anything and bring me a better understanding of us or the world.

His work entertained me.  He entertained me.  Ramis starred in, wrote, or directed movies I watched throughout my life that I would probably choose to watch again over many options today.  His work was obviously around as a child, he was around in my teens, and as I got older it was a happy surprise to see him as an actor or in the credits of a movie.

I’m not going to do a memorial of the man, because I didn’t know the man except through his work.  That I know.  Or, that I know some.  What you won’t find here is any raving about Caddyshack because I still haven’t seen it all the way through (gasp, I know).  Same goes for Animal House and Meatballs.  Get over it.  I also remember zilch about Stripes because I watched it a looooong time ago with a military-obsessed friend of mine.

What follows aren’t even milestones of Ramis’ career as I see it, just times his involvement or presence elevated a movie or was one cog of the machine that made them great.

Ghostbusters- BOTH movies are gold, I don’t care what people say about the second one.  Ramis was one of the driving forces behind a franchise that had just two movies but spawned a legacy of comic books, games, toys, clothing, collectables, and most important of all a cartoon.  The cartoon was one of the most successful, loved, and remembered of its time.  It would not have been, however, without the foundation of the movies.  They were funny, scary adventures that appealed to a broad base despite being about a bunch of nerdy, wacko scientists who hunt ghosts for money.  And I will always chuckle at “Do, Re, Egon!”

Bedazzled- This Brendan Fraser gem from the early 2000’s was awesome for many reasons.  It had great characterizations (the roided out basketball player and uber-sensitive crier are hilarious), Elizabeth Hurley as the devil (take me to hell!), and direction by Ramis.  It was the movie I’ll remember him for from that decade as opposed to the misstep that was Year One.

Knocked Up- He played Ben’s dad.  I’m fairly certain if you look at the credits that was the character’s moniker, too.  Not that the movie need any lifting up, but Ramis’ presence was a welcome one.  His few, short scenes weren’t short on convincing the audience this was a guy who knew what he was talking about and had no clue at the same time when giving parental advice.

Rover Dangerfield- You bet.  The movie that was basically about comedian Rodney Dangerfield as an animated dog.  Ramis co-wrote the flick and I’m pretty certain I saw it just the once and don’t remember much of except for enjoying it.  Much like…

The Ice Harvest- A John Cusack/Billy Bob Thornton vehicle that doesn’t stick with you except that there are worse ways to spend a couple hours than watching two great actors under the tutelage of a great director.

Stuart Saves His Family- The fact that this is basically a forgettable flop only proves the character wasn’t going to be easy to adapt from a five minute sketch to a feature length film.  If even Ramis couldn’t pull it off, there was no hope for anyone else.  I still think he’s good enough, smart enough, and doggone it I like him.

Groundhog Day- I’m going to go ahead and say it, despite not seeing what everyone says to be classics such as Caddyshack and Animal House, Groundhog Day is Ramis’ greatest achievement.  I didn’t see this movie until I was in my twenties, and I watched it twice in a row.  And then the next day again (I was off from work, sue me).  This is a perfect example of how comedy can kick a straight up drama’s ass.  I felt more for the characters in this movie than much more “serious” fare.  Every choice made on Groundhog Day was the right one.

Ramis also had his hands on movies like Multiplicity, Analyze This and Analyze That, Back to School, and even wrote the Ghostbusters video game with Dan Aykroyd.  And it is on Ghostbusters I want to end (I am a nerd, after all).  As soon as Ramis’ death had been reported, the question of whether the long-gestating Ghostbusters 3 would die with him was also asked.  Because when someone dies, that’s the biggest concern (sarcasm for the smart-ass impaired).

The studio says the flick will go on without Ramis, and Ernie Hudson (Winston Zedmore) said there could be no Ghostbusters if Ramis was not involved.  I mean no disrespect to Hudson, but I’d like to go ahead and disagree with ya there.  No matter what the story or Ramis’ part in it (the script was actually written by others with the blessing of both Ramis and Aykroyd), Ghostbusters as a franchise is bigger than any one individual.  That much was evident with the decision to continue the production without star Bill Murray.  And that was with the other three major stars agreeing to that scenario.

So it seems to me that halting or discontinuing production of the movie is a knee jerk reaction by those who mourn the loss of one of the property’s creators, especially if the movie was to pass the baton to a younger generation as has been reported for years.

So what I’m saying, if I’m saying anything at all, is let’s mourn the guy and celebrate his work.  Rent it, stream it, watch it, and it goes without saying, but enjoy it.  Except Year One.  No one can enjoy Year One.  Then, when some time has passed, let’s get a third Ghostbusters movie out there and use it an excuse to further honor the contributions of Harold Ramis by making it awesome.