Everyone loves a good old-fashioned dystopian future. They are cool now so I decided to study this movie trope. More specifically I looked at the 1960s idea of a dystopian future and the modern film’s dystopian future. I watched the following films in preparation for this series. Three from the 1960s, The 10th Victim – 1965, directed by Elio Petri, Alphaville – 1965, by Jean-Luc Godard, The Gladiators – 1969, by Peter Watkins and three modern; Snowpiercer – 2013, by Bong Joon-ho, Doomsday – 2008, by Neil Marshall, The Hunger Games – 2012, by Gary Ross. This one will be about the old. I will answer a few questions analyzing the different movies from different eras. 1) What do these futures have in common with each other? 2) How close are we to these futures? 3) Would it fun to live in these futures? 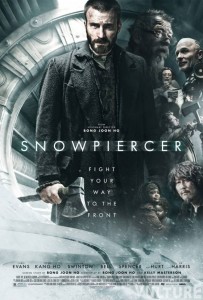 What do these futures have in common with each other?

What’s the common link between these films? There were three primary motifs that were repeated throughout this batch of films. They are vague religions, class warfare, and the power of nature.

I’ll start with class warfare. According to these alternate futures the middle class is no more. You’re either Billy Gates or living in a cardboard castles. The poor are seen as a disease on a society that shouldn’t be seen or touched. Why is the wage gap so cavernous? It’s always a little vague but war or famine or plague always plays a part and as a result the economy collapses. The government isn’t affected however. I doubt this is a realistic future. The governing body would be affected too. They somehow get more powerful after this disaster affecting all of society. Everything would suffer and stagnate at least for a little while. Also in these films the rich are viewed as absolute evil. It makes sense as a quick way establish a conflict but feels overused. It’d be more interesting if maybe the difference between good and bad wasn’t so stark. Morality is black and white where in the older films there a strong sense of grey. If you’re watching a modern dystopian future film and you see someone that’s wearing a fancy dress or a 3 piece suit, they’re the absolute scum of the earth. They’d sell their kid to save a buck. If someone has tattered/old/damaged clothes they’re the hero. This troupe feels reductive and lazy. I understand that this quickly sets up who’s who but it felt like this was barely used to its fullest and most nuanced.

In the previous article I briefly addressed this troupe but there’s a noticeable lack or extinction of organized religion in 1960s films where in these it’s just a vague religion or religions that exists. Unlike poor vs. rich, this is actually enjoyable. It adds a nice flavor to the atmosphere. In trying times people revert to different things for comfort. In these films the standard appears to be in the form of vague cults. These are a source of warmth and comfort from the earth hell scape. It’s never the focus; it’s just another aspect of the world.

As a result of abusing our planet, the planet fought back and kicked humanity’s ass. It shows up in two forms, weather and disease. If weather it’s something like say, a giant blizzard that engulfs the whole earth. If it’s a disease that say attacks an entire country the feds quarantine an entire sector of it. This is clearly a reaction to the heightened attention given to the environment. Some would say this motif is purely political and some would say it’s just for entertainment. I feel like it’s a case by case basis. Regardless of the intent, it makes for a compelling story, majority of the time. 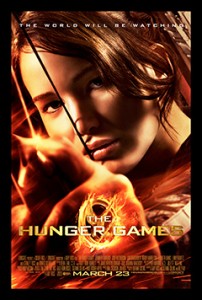 How close are we to these futures?

There wasn’t as much to grab onto with these films the main thing that really stuck out was vague religion. In all three, there wasn’t an established religion or central belief but there was a sense of some reverence towards something. It felt like either the screenwriters are afraid to be specific when it comes to religion or it’s open-ended to put your belief into that space or both. This is the inverse of the 1960s. I would have thought these would be the opposite. For a lot of people religion is an important part of life, one in the pro column.

Again the standard corrupt government thing is used to establish a dourness lingering throughout. It’s a part of the genre but in these films it was vaguely defined and not that evil more just a bunch of assholes. Also human civilization is barely holding together so using these as evidence, that’s two in the con column. I conclude that we are not living in a dystopian future according to modern films. 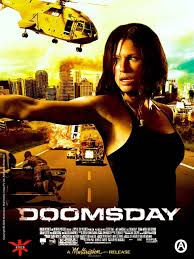 Would it be fun to live in these futures?

Simple answer, no. The world is on the brink of collapse, families falling apart, no one is having fun, and worst of all, no one cares about music or books. This future is not fun at all. It’s really grim and kinda dull. It’s very Christopher Nolan so jokes are outlawed. Who wants to live like a peasant where you eat your pet, bugs, or people and just brood 24/7? Not this fellow. At least the old movies presented a bittersweet future where these only were bitter.

The end…I have one more thing before I conclude this series. For those curious, my least favorite film of the six was Snowpiercer. It was overblown and tried too hard to be crazy and cool. My favorite film of the six was The 10th Victim. It was goofy, fun, weird, and presented a bizarre very 1960s future. The plot takes a crazy batshit turn in the third act that’s makes it great. Is this the beginning of a semi-regular column deconstructing specific genres? Yes it is. If you made it this far thanks. Now, the end…for now, at least.

Jessica and Molly join me to talk about Effie’s fabulous jumpsuits, Finnick, the Hemsworth-Shaped Cardboard Cutout Gale and how much we’re going to miss Phillip Seymour Hoffman. We also announce the winner of our Lost Groupwatch and plug my upcoming silent appearance on Andrew Schwartz’s podcast On Your Mark, Get Set, Review!

Next ArticleCan We Just Be Friends? Episode 28