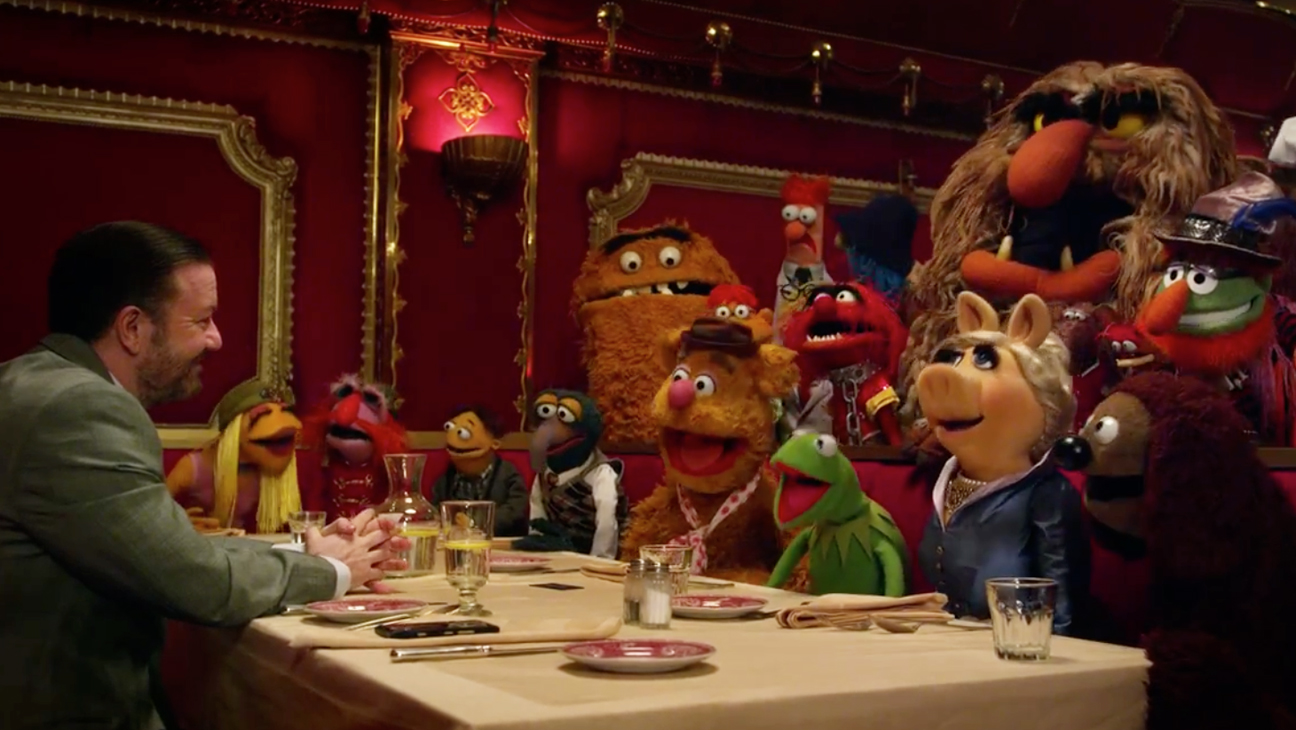 It’s very funny to me how so many things can converge coincidentally during one span of time, so much so that they prompt me to change the subject matter of these little ditties I write.  This week is quite possibly the most serendipitous of all the instances thus far, and I couldn’t be more happy with what I’m tackling- Jim Henson.

The last week has brought with it a few events that led to this.  First, a new competition show is premiering about half an hour from when I’m writing this in which contestants try their hand at the craft of Muppet-making for a spot at the Jim Henson Creature Shop.  Second, I happened to correct the use of a word on a Facebook post for the Jim Henson Company, honestly asking them a question as to whether or not their faux pas was an intentional play on words or a mistake.  Apparently it was the latter, because my comment was promptly removed, and the mistake was corrected.

There is also the recent release of The Muppets: Most Wanted, the newest movie starring Kermie and the gang.  I went to this movie with a 3-year-old who informed me halfway through he wasn’t a fan.  I made him watch the rest of the flick because I thought it was fantastic.  That movie got me thinking about a three movie collection I saw at Wal-Mart for ten bucks featuring Labyrinth, The Dark Crystal, and MirrorMask (not made by Henson, but produced by the company).  I bought it the DVD the next day.

The newest Muppet movie, and some news in various nerdy outlets the last week concerning a new Teenage Mutant Ninja Turtles movie, once again made my mind do a time warp to my youth, recalling all the tie-in movie trading cards I had of the original live action movie from 1989.  One in particular, featuring Jim Henson and his Creature Shop-made Leonardo (titled Clowning with Leo), was something I have searched for on the Interweb over the past few years to add it once again to my collection of knicks and knacks.  Up until last Saturday I had been unsuccessful.  Long story short, I now have an Etsy account and the card is apparently being shipped to me from Massachusetts.

The last, and I thought funniest, sign this was meant to be came as I started to formulate the idea for this column.  As I walked from my computer room to the living room to grab something, The Goldbergs was on the TV, and the father on the sitcom had a puppet on his hand- a Fraggle puppet.  That pretty much cemented things for me.  And after watching the Creature Shop Challenge show (I started this before it aired, and am finishing it up after), I have no doubt at all it was a good decision.

As soon as that show started, they had clips for old Jim Henson productions- his movies, his Muppets, and other characters- and I was a small child once again.  Then, THEN, Jim Henson spoke in one of the clips and I felt like I just might fall apart inside.  Sad, I know.  Especially since it wasn’t even anything of consequence.  He was just discussing a creation of some kind in behind the scenes footage from a set.  But it took me back, and brought back a lot.  And I instantly mourned for this world, and couldn’t fathom how we’ve survived without the guy this long.

Then it struck me as his son Brian, producer and co-host of the Creature Shop show, opened his mouth and started talking to the contestants.  The man might be the incarnation of his dad, or at least a serviceable facsimile.  And I realized the legacy of Jim Henson has been carried on by good intentions and hearts.  From what Brian has done to what the Walt Disney Company has done as owner of the Muppets.  Jim Henson’s memory has been in good hands.  Not that anyone could actually tarnish his memory even if they tried.

For every stage of my life, Jim Henson had something for me.  Here is a list that very well could just be a sampling as my memory doesn’t always allow me to recall everything:

It isn’t like they are age-appropriate by any means, though casual viewers are likely to think of them that way.  You sit me down in front of a Henson production and I will watch it, and want more right after it’s over.  I don’t care if it’s the Muppet Babies.  I’m there.  Jim Henson is one of my all time favorite heroes, and it’s because everything he did was literal magic.  He became famous for his creatures, but he endured because of what he was able to accomplish with them.  There are reasons I wax nostalgic for these properties and still cling to mementos I have as well as try to reclaim those I’ve lost.

I still have my Big Bird with the drawstring on the back that allowed him to talk.  I still have my book, a biography on Jim Henson that was written by one of his daughter’s friends after his death.  I remember my mother coming home from conferences one evening (she’s a teacher), and I got a stuffed Fozzie from McDonald’s they had one Christmas.  I, of course, had Ninja Turtles, and the ones based on the movie were some of my favorites because they were so realistic looking.

Henson and company made the unbelievable not only believable, but realistic as well.  Take for example, the Ninja Turtles.  The original movies’ foursome (and Splinter, Tokka, and Rahzar) was brought to life by the Creature Shop.  There is a new movie in which the Turtles are generated inside a computer using motion capture.  Guess which I think I’m going to prefer.  There is something to be said for making something that can be touched, and seen, and smelled, and felt.  It’s more visceral, and even though it is an imaginary creation, it feels real for simply occupying space.  Audiences can tell the difference.

The makers of the movie adaptation of Where the Wild Things Are believed that apparently, too.  Instead of creating their “monsters” in a computer, Spike Jonze wanted practical, working creations.  And I can’t imagine that movie any other way.  I remember there being talk of giving the Muppets the ol’ CGI treatment when they returned to the big screen under the Disney umbrella.  To their credit, Disney nixed anything like that (except where practical effects would fail), and hired celebrity fans including Jason Segel to help Kermit and pals make their debut to a new generation.

So what I’m saying, if I’m saying anything at all is…hell I don’t know.  I’m saying you can ramble on about your fondness for someone like Jim Henson without a specific, coherent point because he and his legacy can’t be boiled down like that.  And the best part is, like his creations and the ones being made in his name, once you start talking about them, you don’t mind if you start rambling.  You get lost in it, and any tangent connected with it, and you’ve had a spectacular time.  It’s all Henson, all the time.

Hopefully I’ve awakened some forgotten memories in some of you the way they are occasionally awakened in me, and you dust off that DVD (or VHS!) and take in a viewing.  I will say one thing you will want to check out first if you’ve never seen the footage is Henson’s funeral.  It is one of the most touching and bittersweet things to which you will ever expose your senses.  Then watch your favorite Henson production, or tune into that Creature Shop show, and figure out why you’re crying over a Muppet eulogy.

My TV universe was in a hot dense state, Then nearly three or four years ago expansion started. Wait… My attitude began to cool, The girl made me drool, DVR and TBS became important tools, We watched ‘em all (oh, yes we did), Raj, Howard, Sheldon, Leonard, and of course Penny, All characters in the…