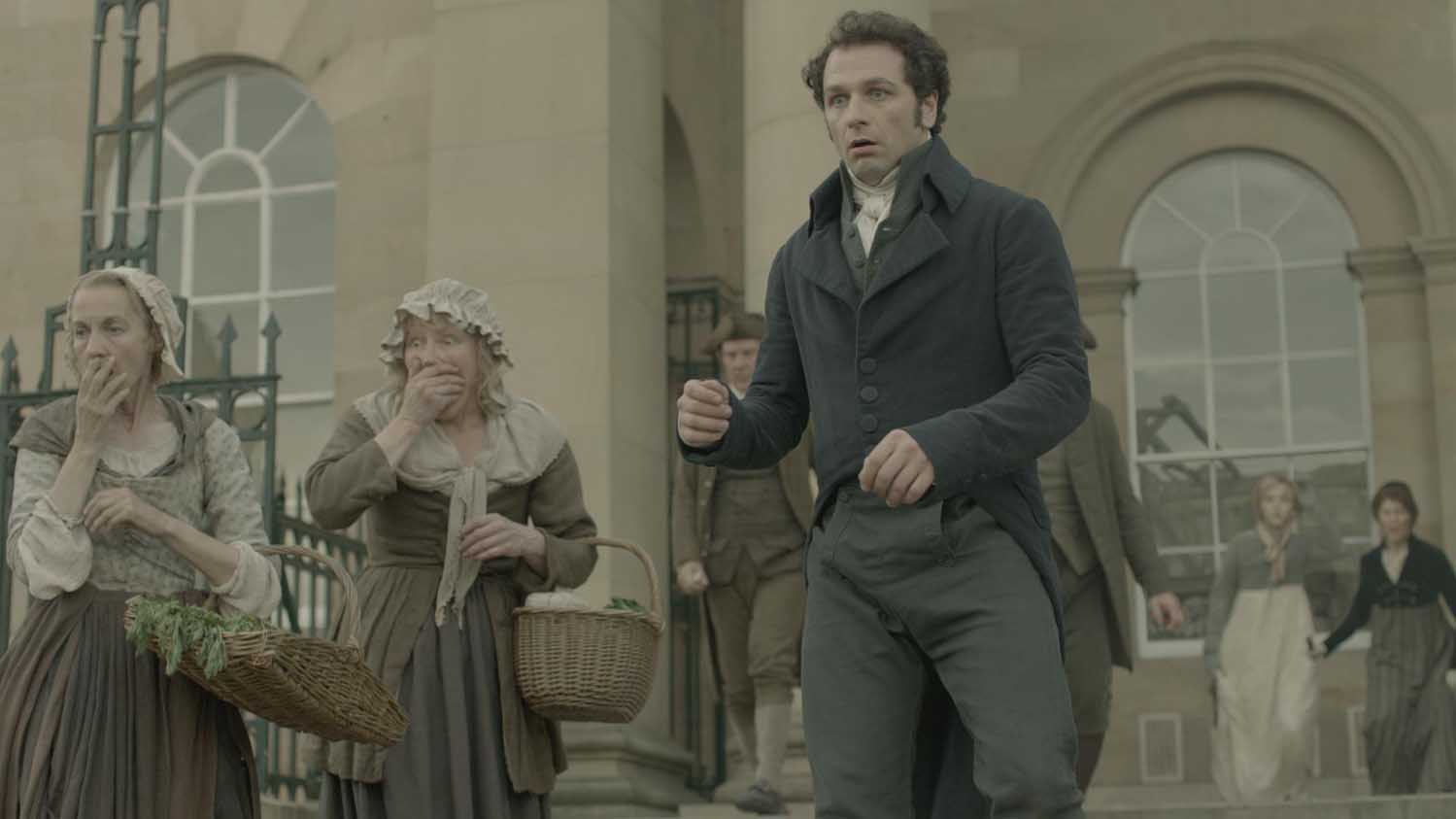 Sammi and Beau take a brief step back into the regency to watch the film adaptation of PD James’ Death Comes to Pemberley. A straightforward “Elizabeth Darcy Murder Mystery” was too much to hope for, and instead we get a dour miniseries with a convoluted plot and characters that don’t quite fit the Austen mold. We found ourselves unequal to caring about such questions as “Who killed Captain Denny?” and “Who is that hissing woman in the woods?” because we were so wrapped up in figuring out WHY Colonel Fitzwilliam was so aggro and why Darcy was ALWAYS SHOUTING.

Unlike a lot of movies we’ve watched for this podcast, the sets, costumes and production values were all first-rate. (Though Elizabeth’s gowns lived on the frumpy side). James Norton, Matthew Goode and Jenna Coleman were really invested in their parts and gave them their all, and we liked seeing glimpses of the childhood friendship between Darcy and Wickham. The Bennets and Lady Catherine being troublesome in-laws was a particularly nice touch but we would have liked to have seen more of them or at least gotten a glimpse of Bingley.

Who are these characters? This unsure woman bears little resemblance to our witty heroine Elizabeth. This shouting man couldn’t be Mr. Darcy. WHO IS THIS GUY because that is NOT Colonel Fitzwilliam. We need more than Georgiana Darcy saying that Elizabeth has brought laughter to Pemberley, we need to see some laughter. The character misfires lost our attention and the many, many convoluted B-plots couldn’t make us care.

Do you mean to seriously tell us that ELIZABETH DARCY would get up on the gallows waving around a signed confession? That really was the low point for us, and thankfully it was nearly the end.

Watch if you want something to make you angry and bored at the same time.

Next ArticleDeliver The Profile Episode 66: Vietnam Veterans Were Babies