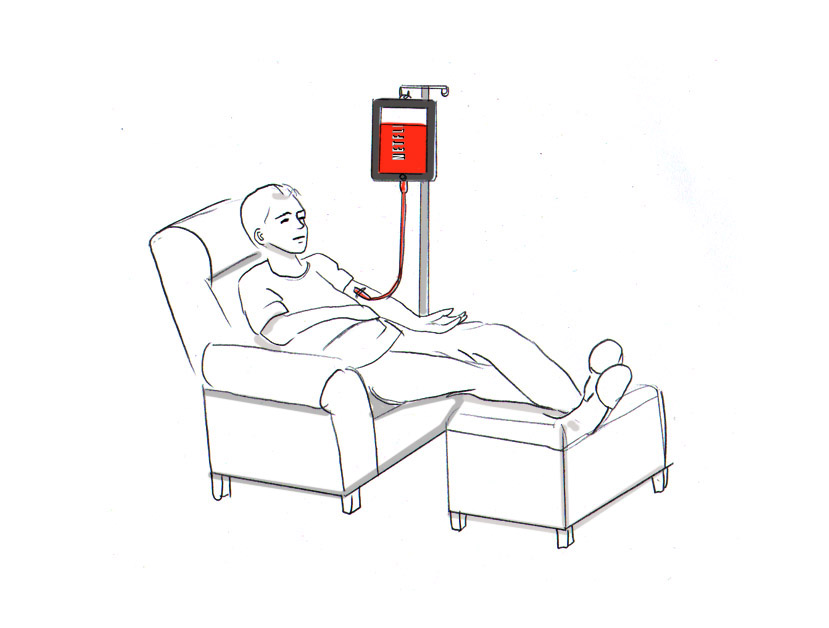 Over the past decade-and-a-half, television has seemingly entered a golden age. A number of shows have become critically adored, with new heights achieved in acting, writing, and directing. Despite this, I was able to remain almost completely oblivious to almost every critically acclaimed television show that has debuted since 1999, only hearing about how good these shows were and how I was missing out.

“He must not own a TV, or else he has been in a 14-year long coma, or maybe he’s really into some kind of solitaire and that takes up most of his time.”

I could offer up a variety of reasons: I watch a lot of sports (although, as a Cleveland sports fan, that’s probably not a valid excuse), I’m generally a bigger fan of film, I did not have a Netflix account until late 2013 (what the hell was I thinking?), focusing on school, only being six years old, etc. Regardless, it has come to the point where I can’t have any discussions about good television (if you want to talk about NCIS or Bones, though, I’m your guy). I have recently taken it upon myself to catch up on these television shows, both shows that have already concluded and shows that are still going strong.

The three criteria I used to decide which shows that I will talk about here are:

2)    The show is or was critically well received.

In these essays, I will discuss why I originally missed these shows, my reactions after watching them, the qualities that brought them acclaim, and my final opinions. So, without further ado, I’ll start with the show that showed me just how good television could be. (Just a small heads up: I love using parentheses, so there’s a bunch of them.) 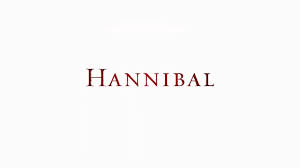 Why I didn’t watch it in the first place: I actually watched the first episode on its original air date, and I remember enjoying it well enough, but for one reason or another (probably a combination of mountains of schoolwork and reservation about a seemingly unnecessary addition to the Hannibal Lecter story) I ended up just DVRing the series and then proceeded to completely forget about it. I eventually remembered about the recordings, and decided to start again from the beginning. I ended up watching the entire season over the course of three nights, which was a wise decision as it really added to the atmosphere of the show. 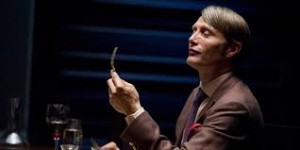 What did I think of the show: I’ll get this out of the way right at the outset: Hannibal was the first show that I truly fell in love with (not counting shows I watched when I was six). Everything about it perfectly clicked for me. The show took what appeared to be tired property (Hannibal Rising…yikes) and ran with it full throttle to create something that I had never experienced before.

Luckily, I started watching close enough to the original airing that I didn’t encounter any major spoilers or catch wind of any major plot points (due in no small part to NBC’s…lackluster advertizing for the show). I was aware of some of the big plot points through knowledge of the Hannibal Lecter movies (Wait, he eats people? You’re telling me that Hannibal…is a…cannibal? But those rhyme…), but I had no idea about the direction that the show would go in to maintain continuity within this already-constructed universe. This allowed me to truly appreciate what I was watching, especially the final scene of the season, which pays homage to Silence of the Lambs but reversed the roles of the Hannibal and the FBI agent to great effect.

The acting is excellent from top to bottom. The two standouts are Hugh Dancy and Mads Mikkelsen, who play Will Graham and Hannibal Lecter, respectively. Before watching Hannibal, I had never heard of Hugh Dancy, but he does an amazing job as Graham. He manages to capture the feelings and emotions of someone who is slowly coming apart at the seams, bringing a real physicality to the illness he is suffering while never pushing into scene-chewing territory. The forensic psychologist has become a recurring character on television, but Graham is worlds apart from those other representatives.

The real driving force behind the show, though, is Mads Mikkelsen. Unlike Hugh Dancy, I was familiar with Mikkelsen before watching, having seen him in the film Valhalla Rising. I was aware of his immense acting talent, and he brings all of it Hannibal. The man is a living advertisement for the phrase “Less is more”. Mikkelsen’s biggest strength is his incredible ability to say as much with his subtle facial expressions as he can with his words (If you are familiar with Valhalla Rising, then you are aware of his ability, as he doesn’t say one word in the whole film). He is able to imbue Lecter with a quiet sophistication that I couldn’t help but enjoy, even though I was well aware that he was a serial killer, which was also helped by his darkly comic timing (which is also exhibited by Dancy). He was faced with the unenviable task of portraying a character that had already been seen on screen twice (I’m not counting you, Hannibal Rising) and already was indelibly connected with one actor in particular.

Above all else, the hallmark of Hannibal is its style. A masterclass on the way style can add to a story, Hannibal features a number of stylistic elements that greatly enhance the atmosphere and emotion of the show. From the use of color to create a dreamy ambiance on screen to the carefully designed settings and the staging of crime scenes, it seems as if every stylistic choice has been meticulously thought out for maximum effect. There are a number of impressive visuals throughout the show, but arguably the most stylistically striking choice made is the use of a stag to symbolize Hannibal Lecter’s relationship with Will Graham. The stag is at once inviting and sinister, calm but at the same time menacing. It mirrors Hannibal’s ability to lure people in with his kindness and charm while hiding his murderous persona. 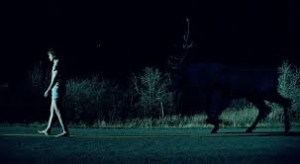 One aspect of style that stands out in particular is Hannibal’s cinematography, which is used to great effect. The camera movements have a sort of grace to them, contrasting the gruesome images appearing on the screen, providing a certain elegance not found in the real world. The cinematography acts as an invitation to watch these dreams. For example, a particularly powerful image that has stuck with me is of Dr. Chilton, head of the Baltimore State Hospital for the Criminally Insane (played masterfully by Raul Esparza) holding a basket of his own organs like a basket of fruit. The idea of holding your own organs is horrifying, but the way that the scene is shot gives it a sort of macabre elegance. The same could be said for the “angels” whose wings are made from the skin off their backs. The visuals of Hannibal are beautiful yet grotesque, and are so vivid that they stay and linger in the mind.

What I love more than anything else, though, is the show’s willingness to take chances. Bryan Fuller could have easily put out a case-of-the-week style show with an overarching story (something akin to House) and might have gotten away with it because of the name recognition of Hannibal Lecter. Instead, though, he decided to go a different route, focusing more on the characters, their decisions, and the beauty in the macabre (Apparently, after watching the first episode, Fuller decided to rewrite the most, if not all, of the season because he realized that “case-of-the-week” was not the right way to go with the story). Hannibal challenges the viewer with both its visuals and its characters’ choices, which, in my opinion, is the most you can ask from a show.

As I said at the beginning, I love Hannibal. This was the first show of any prestige for which I watched every episode. The amount of time and care put into each episode showed me what television could be. For someone who is partial to film, this seems like the perfect entry point into the world of television.

To finish things off, here are a couple Hannibal jokes:

Those are free. You’re welcome.

I'm a 22 year old grad student at Case Western Reserve University (don't worry if you've never heard of it). Born and raised in Cleveland and a long suffering fan of its sports teams. I love science and films. Hopefully one day I'll get to dig up some cool fossils and complete my childhood fantasy.

Josh Hollis joins me to describe his first-timer’s experience going down the rabbit hole of Hannibal Binge-watching, the Network demise of The Best Show On Television, and what we hope to see in the second half of this final season.

G.g. Launchbaugh I can’t see Hannibal driving a chevy pickup, that’s just ridiculous. Kip Reed The Hannies I fell in love with would have color coordinated with that truck.   Ronnie Gardocki Truly, Anthony Hopkins is a man of a thousand hats   Brian Auron Scotch and Cheez-Its. Best way to obsess over something. Brian Skinner She needs to stop…

Groupwatch: Hannibal the Movie – Part One!