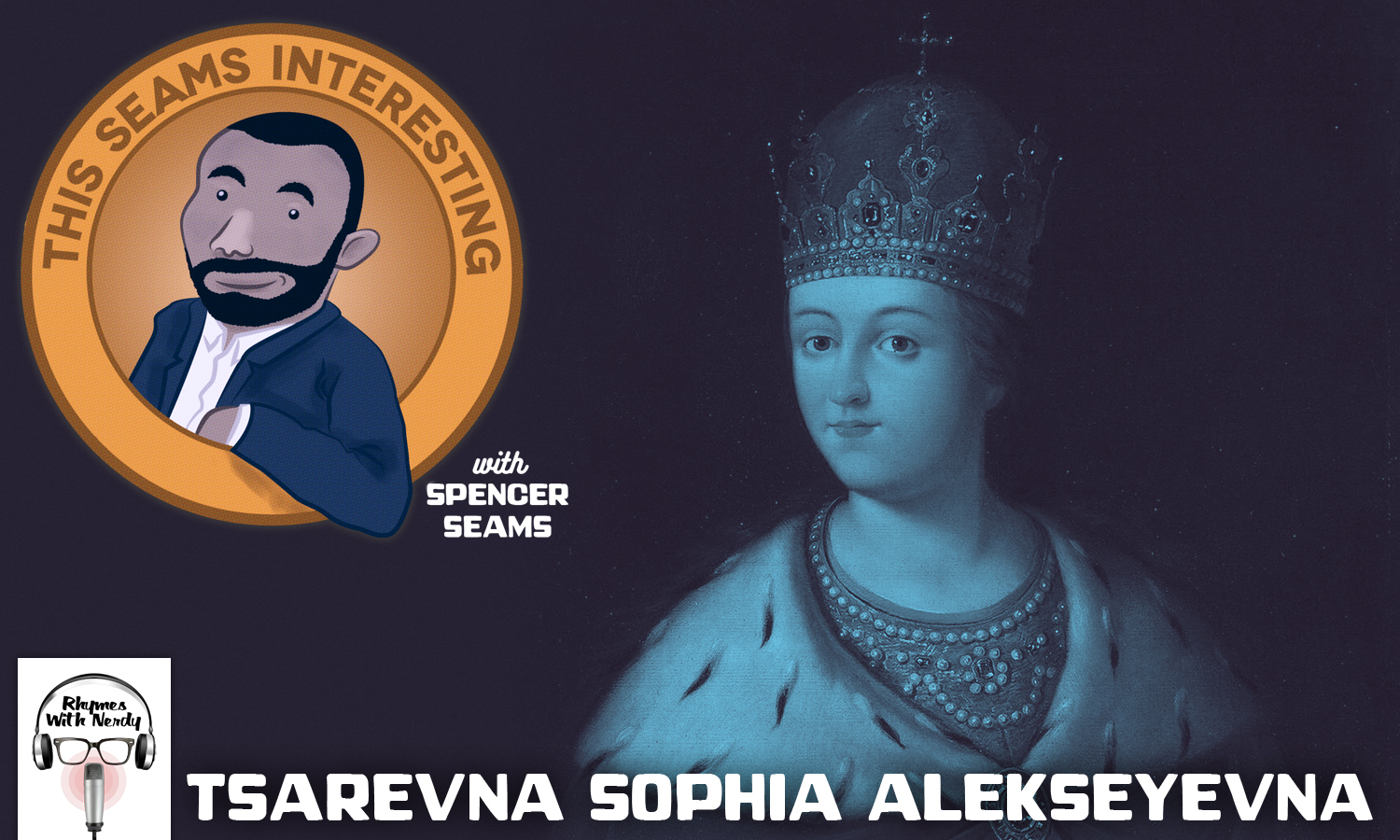 Hello and welcome, this is This Seams Interesting. It’s a monthly column looking at weird, interesting, and overlooked people and events throughout history. December’s topic is…

When most people think of the Russian Tsars the names that pop up are Ivan the Terrible, Peter the Great, Catherine the Great, and Nicholas II. Believe it or not, there were multiple female tsars. The first and arguably most influential of them being Tsarevna Sophia Alekseyevna. 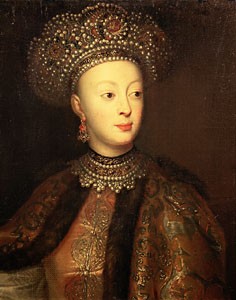 September 27, 1657 Tsar Alexis I aka Alexis the Quietest and Tsarina Maria Miloslavskaya introduced a baby girl to the Russian Kingdom. That girl was Sophia Alekseyevna Romanova. She had 12 siblings, most prominently among them were Feodor III, Marfa, and Ivan V. Sophia, like her several sisters were kept in their quarters for most of their childhoods. They were deemed too precious for the public to see. A red silk curtain was even put in place to obscure them from visitors. Both Feodor and Ivan were frequently ill. Ivan was born blind. Among the 13 kids, Sophia was the natural leader.

Sophia swiftly made a strong impression on her father. Like Ana Nzinga, her father allowed her to be educated. She was the only daughter that had any interest in education and was shown all the aspects of ruling a country from the Court to dealing with Nobles to diplomacy. Even though it was taboo, she convinced her father to let her get an education equal to her brothers. Since she was a woman, it was very unlikely that she’d become Tsar. I mean, c’mon that’ll never happen. The children were taught by the top notch teachers in Europe, Simeon Polotsky, Silvestre Medvedev, and Karion Istomin. Intelligent and clever, Sophia was fluent in French, Latin and Polish as well.

Her mother died in March 1669. Sophia was 11. It was expected that Alexis was going to remain unmarried but nope. In 1671, he married Natalya Naryshkina. She only had 3 children. Peter Alekseyevna (the Great), Fyodora Alekseyevna, and Natalya Alekseyevna (grew up to be a prominent playwright). Alexis died in 1676 leaving the throne empty. Next in line was Feodor III. No one was exactly excited about this given his routinely poor health. However, Sophia served as his key advisor. His reign was brief and unimpressive. He passed away on May 7, 1682. 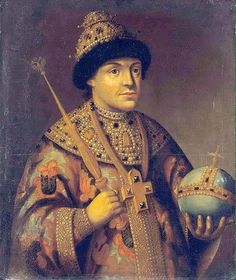 Her brother Feodor III as Tsar

Feodor was married twice but had no children. This created a problem. Ivan was next in line but Peter wasn’t having it. Several Boyars (nobles) supported Peter where the military and specifically the Streltsy (royal guard) wanted Ivan. He was not a strong leader, sickly, and blind. Peter on the other hand was immediately a natural leader and politician. Sophia did not like her step mother or her step mother’s family, especially Peter. Sophia wanted Ivan on the throne. She had a plan but before it could get started, the Streltsy rebelled.

Several rumors were abound regarding the two tsarovichs-in-waiting. The Streltsy commander, Ivan Khavansky, caught word that Tsarovich Ivan was killed by the Naryshkinas. He gathered a mob of his men and marched to the palace where the boys were staying. Along the way ravaging Moscow. They demanded to see Ivan. The Boyars there, presented Ivan and Peter. The Streltsy were happy but still furious. Some of the Boyars at the Palace were calming them but then fellow Boyar, Mikhail Dolgorukiy, spoke up. He undid the cool down from his allies. The Streltsy grabbed Mikhail and lynched him. They stormed the palace killing any Naryshkina in sight. After the raid, Boyars had several military commanders executed. Amid the chaos, Sophia asserted her power. Instead of having one tsar, have two. Both boys were still too young to rule so she’d be the regent in charge. Not many were happy about this but it’ll do for now.

Immediately, she had a problem. The Streltsy that raided the palace went rogue. They were still dangerous. Ivan Khavansky moved his troops to a monastery outside of Moscow. Sophia caught word that he planned to kill the entire royal family. She sent troops after him. He surrendered on September 27, 1682. She ordered his execution. Everyone knew she was serious and in charge.

Khavansky was replaced by Fyodor Shaklovity, who was also one of her key advisers along with Vasili V. Golitsyn (he was also her lover). One of her goals was to modernize Russia on par with the rest of Europe, it was difficult but she made some progress. Some of her major achievements during her reign include shrinking the number of Streltsy in Moscow, reforming Serf law by allowing the capture of fugitive serves, allowing peasants to permanently move of the city (which angered the Boyars), commissioning the first higher learning institution in Russia. It was the Slavic-Greek-Latin Academy. She also established several treaties instead of fighting wars. One of the treaties, the Treaty of Nerchinsk, was used to define the border between Russia and China. 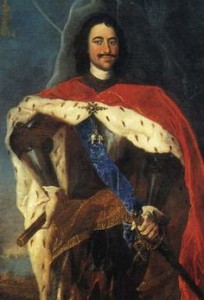 Peter the Great, terrible half brother and person

Towards the end of her regency, she entered in an alliance with several other European nations to fight the Ottomans in the Crimea. This was a massive failure. By this point, Peter was of age to rule. Sophia was not married and had no children. Her only hope was Ivan but that was a lost cause. Peter fled Moscow, seemingly out of nowhere. While his half-sister was busy ruling a country, he was getting in the good graces with the Boyars. Sophia demanded that Peter report back to Moscow. He ignored her. She couldn’t order his execution, he was of royal blood. To make things worse the Boyars were going flocking to him. She lost supporters by the day. Sophia surrendered her title in 1689. She only ruled for 7 years.

Peter co-ruled with Ivan but he was really in charge. He couldn’t execute Sophia so he did the usual practice of sending her to a Convent. She wasn’t a nun but was held as a prisoner there. In 1698, a Streltsy unit tried to free her and restore her to power. This was a failure. Her sister Marfa helped in the rebellion and was sent to the Convent with Sophia. Sophia became a nun after this. She was kept in seclusion and seldom seen by anyone for the next few years. 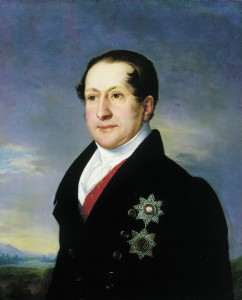 Vasili, her lover and key adviser

Sophia died at the age of 46 on July 14, 1704. Peter the Great was an asshole. Unfortunately, she was portrayed as a fat, mean, old. stupid, hag. That was Peter’s propaganda but it’s still seen as valid by some. She was an intelligent, strong, clever woman that should have ruled longer than 7 years. She broke tradition, royal Russian women were supposed to just look pretty, stand in the background, and stay virgins unless married. A Russian scholar said, “They were born, lived, and died.” Peter is known for modernizing Russia but he picked up where Sophia left off. Again, Peter the Great was an asshole and shitty brother.