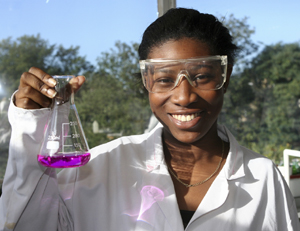 She Blinded Me with Science Vol. 1 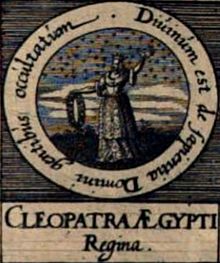 Some of you reading this may be thinking, “What does alchemy have to do with science?” Even though it was ultimately fruitless in turning everything into gold, it did lead to the establishment of chemistry.

Not much is known about her. Apparently this was a pseudonym but there are no records left of what her actual name was. She might have been a colleague or follower of Miriam the Prophetess. No record left says one or the other but it is known that they knew of each other. This is not the same person as Cleopatra the Physician. 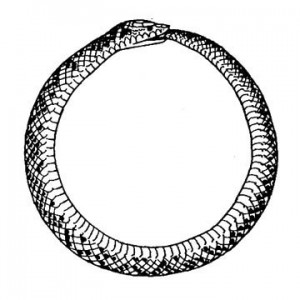 Her most famous work is the papyrus paper known as the Chrysopeoeia of Cleopatra. It included the detailed descriptions of furnaces. Also this features the earliest appearance of the Ouroboros. Some theorize that she invited the Alembic, a tool used in distilling chemicals. This is still used today. She is famously mentioned in very high regard in the encyclopedia, Kitab al-Fihrist, by Muslim scholar Ibn al-Nadim. 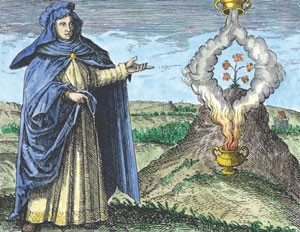 She has gone a few different names including Maria the Jewess, Mary the Jewess, Mariya the Sage, Maria Hebraea, and Maria Prophetissima. The majority of what we know about her comes the Egyptian alchemist, Zosimos, a contemporary of her. She was aware of Cleopatra the Alchemist but their exact relationship if at all is not known.

Mary is most famous for the allegedly inventing the tribikos, the first piece of distilling equipment. Aside from this next to nothing to known about her unfortunately however she is also accredited with creating the double boiler.

Much like other notable scientists of her time there is not a great deal of information is still around. Aglaonike resided in Thessaly and a prominent astronomer. She successfully understood and predicted the moon cycles and lunar eclipses. Something you’ll frequently find about her is that people thought she was a sorceress and witch. Even Plato and Socrates refer to her in their writings as a witch. This could have been done to discredit her which is most likely. She was not a witch. She was just ahead of her time. 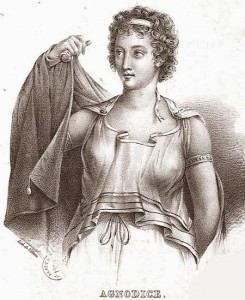 She was the first female doctor in recorded history. In 350 BCE, Agnodice dressed as a man to learn midwifery and did. She was one of the best and a beloved gynecologist, to the point that male doctors were suspicious. Agnodice practiced dressed as a man. They sued her for corrupting the women of Athens. There were even accusations of rape. They forced her to reveal her true gender. (Dramatic Music) A Woman Is A Doctor! Initially things looked grim but a large gathering of women showed up for support of Agnodice. The judge ruled that she could still practice. A year later, the law was changed and women could become doctors. There are no primary sources about her and some think this is just a tall tale to inspire women and show that women can be doctors. Regardless she is still an empowering historical figure. 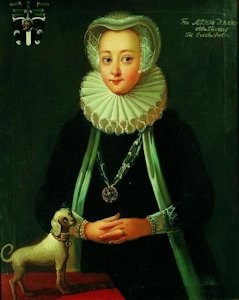 Most people know who Tycho Brahe was. Most people know Johannes Kepler as Tycho’s assistant that helped him become the legend is now. What most people don’t know is that Tycho’s little sister, Sophia, also helped him and was an equally great scientist in her own right.

She came from a noble Danish family and like Tycho went against their parents’ wishes and studied science instead of following in the family’s footsteps. She learned in secret from Tycho. He called her his Urania, goddess of the stars, to her Apollo, god of the sun. She married a rich noble man and taught herself astronomy and Latin. They had one son, Tage Thott. Her husband died and left the estate to her. She successfully ran it until Tage was an adult. This whole time she was actively studying alchemy, astronomy, astrology, and chemistry. At this point however pseudo-science and actual science were viewed in the same light. So astrology was seen as a real science. Her brother, Tycho, was hired around this time to do astronomic and astrologic predictions for royalty and he had Sophia’s help in this.

She helped Tycho discover the, Nova Stella, supernova when she was only 16. She became a regular assistant to Tycho while he was under the tutelage of nobles. A year after her brother died she married a second time. They were very poor and forced to move around because of debt. He died in 1613. From here a relative, probably her son financially supported her until she died. She spent the remaining writing genealogy for royalty. Her accomplishments unfortunately went overlooked for years.

Hello and welcome, this is This Seams Interesting. It’s a monthly column looking at weird, interesting, and overlooked people and events throughout history. December’s topic is…   TSAREVNA SOPHIA ALEKSEYEVNA ROMANOVA: Peter the Great’s Lesser Known but Much More Interesting Sister   When most people think of the Russian Tsars the names that pop up…

She Blinded Me With Science Vol. 3

This month is Women’s History Month. In honor of that I wrote a series highlighting women in science and medicine throughout history. Vol. 1 starts in the Ancient Greece and Vol. 4 concludes the series in modern times. Some of them are very famous and others are relatively forgotten in the grand scope of history.…

She Blinded Me With Science Vol. 2

This month is Women’s History Month. In honor of that I wrote a series highlighting women in science and medicine throughout history. Vol. 1 starts in the Ancient Greece and Vol. 4 concludes the series in modern times. Some of them are very famous and others are relatively forgotten in the grand scope of history.…

Next ArticleCan We Just Be Friends? Episode 35