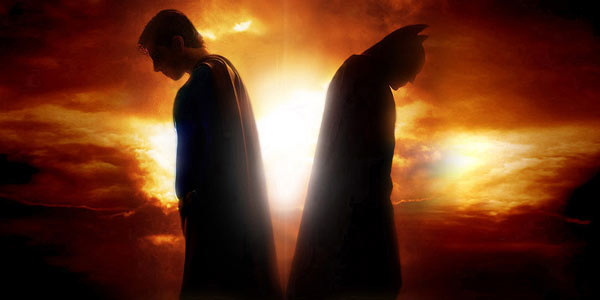 Oh no!  The “sequel” that I’m only sort of looking forward to, to the movie I only kind of liked, has been moved from 2015 to 2016!  The second installment to DC Comics much ballyhooed Man of Steel, with that British dreamboat Henry Cavill as the latest actor to portray Superman, was all set for carbon copied greatness.  Due to whatever circumstances, the release of the film has been shuffled.  I’m honestly indifferent enough to not have actually read any article about its delay.

There’s a lot in that first paragraph to address.  Someone reading this (at least one among the imagined legions waiting for my next nugget of awesome) will most likely be wondering, “Hey Adam, why are you only sort of looking forward to this, and why did you only kind of like the first one?”

The answer is simple my little friends, but I will relay it to you in a not so succinct manner.  I was looking forward to Man of Steel quite a bit.  I thought the trailer was awesome, the music was a great way to acknowledge John Williams’ score from the Christopher Reeves movies while creating something new and just as rousing, and the aesthetic was just how I imagined a Superman movie should look and feel.  I always wanted the producers and creators of a movie like this to really embrace the science fiction, outer space elements of the mythology.  Too many people forget, and it is easy to do, that Superman is an alien. 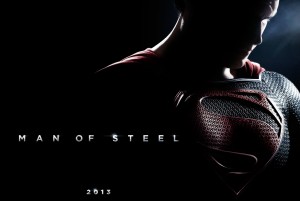 From the moment the movie started, it had me.  It was like Star Wars had taken a dump on Superman.  Or better yet, Superman saw the prequels and said, “I can do it better!”  The costumes, set design, back story of Krypton- it was fantastic.  Just like Batman Begins, the producers were staying true to what mattered, refreshing elements that were stale, and adding things that enhanced the property.  I can see where some nerds would get upset by certain departures from canon, but I’ve never been one to get too upset about those things.

As the flick went on the one thing I think that threw me off was when Kal-El was presented with his suit.  I say I think, because frankly I’m not sure what it was about the movie that rubbed me the wrong way.  But it seemed to have gone awry at the point in the movie when Jor-El Exposition tells Clark who he really is and where he came from.  It was a little too convenient and rushed- like here’s a suit Scoob, let’s fight evil!  He did what he had to do because the movie was getting long in the tooth and needed to move on quickly. 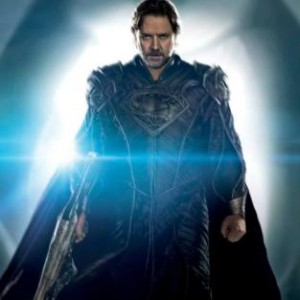 Despite a pretty spectacular ending which included a terraforming device, a pretty defining moment for our hero, and the little hint, hint of things to come at the Daily Planet, I was left with an under whelmed, sour taste in my mouth.

Fast forward to few months later, and the announcement of the next film which has since become known as Batman vs. Superman because some head honcho unveiled a logo of the Superman shield and the Bat symbol melded into one at the co-opted comic-con event of the year (that which means a whale’s vagina- stay classy).  My first reaction to it was they must not have enough confidence in good ol’ Big Blue to carry the franchise on his own, so they bring in Batman.  Or, the Dark Knight as non-nerds have been introduced to him since 2008. 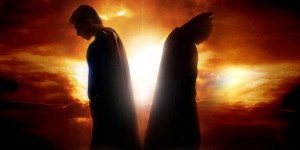 I wondered why they would choose to bring in Bruce Wayne and his alter ego so soon as opposed to letting Kal-El breathe in his own flick, and grow in the space set up by Man of Steel.  Things have been established, now have fun with it.  But apparently, Warner Bros. Pictures (which owns DC Comics properties) is trying to do something bolder.  And by bolder, I mean rip-off Marvel Studios (that carbon copy greatness comment comes back into play- it’s like I plan these things).

Not long after it was announced the Caped Crusader would join he-who-has-no-good-nicknames for the next movie, rumors started to float about other costumed creations visiting the fictional playground of Metropolis.  The big one, of course, being the third member of the DC trinity- Wonder Woman.  That has since been confirmed, cast, and controversial.  Now, there are rumors about Jason Mamoa as Aquaman and even Denzel Washington as the Green Lantern (what, no Ryan Reynolds? Wonder why…). 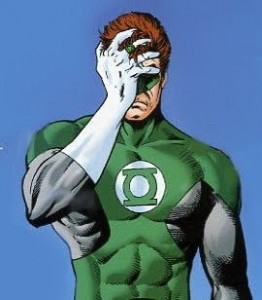 Now they’re just being ridiculous, right?  No, they’re being impatient.  And reckless.  DC/Warner are doing the same things they did when Batman and Robin was unleashed on an unsuspecting public in 1997, tarnishing the Batman film franchise for nearly a decade.  And for what?  To try and compete with Marvel and their club of super powered, extraordinary, and dysfunctional team of misfits- The Avengers.

It kind of harkens back to the creation of the Fantastic Four, really.  Way back when DC had their Justice League, and Marvel needed something similar, Stan Lee was asked to create a team of heroes.  It worked for Marvel to do that then in comics, but nowadays in movies, with the record or lack of a record DC is getting with all their flops and half-hits, it’s not something you can just throw together.

Marvel Studios has worked hard to establish their Cinematic Universe.  They’ve planned ahead (at this point rumor is as far as the year 2021).  Marvel has carefully crafted franchises based on individual characters first, making them film icons in their own right, thereby giving the public a reason to give a shit they’re bringing them all together.  What DC is doing feels like a rash cash grab.  Jealousy is a stinky perfume.

So what I’m saying, if I’m saying anything at all, is DC/Warner can have their fun, push back their movie, and overload it until they have a grunting, idiot version of Bane running around.  I will see Man of Steel 2/Batman vs. Superman/Pseudo Justice League, but it will be after Marvel has kicked their ass four times over with their stand alone movies and the next Avengers.  Excelsior! 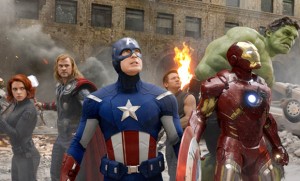