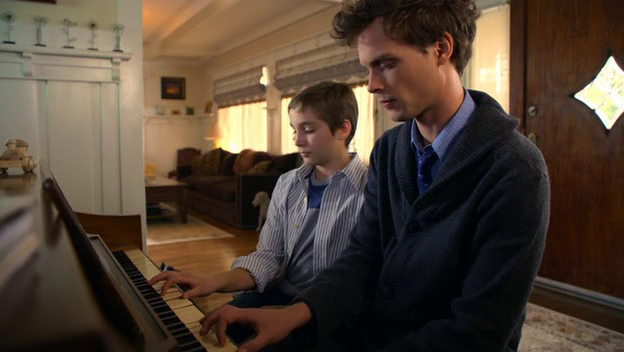 There’s no two ways about it: Season 6 is godawful. “Coda” is in the running for the worst episode of the series, and that’s not just because the crux of it involves Reid bonding with an autistic boy in order to solve the case. Ronnie and Jazz make the most of it by analyzing the dumbest shit in the episode, go on a riff that reduces them both to tears and get into a spirited discussion on whether or not North Korea is in fact a paradise. Plus: Prentiss and this arc’s villain finally have a face to face after THREE episodes of setup. It’s just as disappointing as you’d expect.