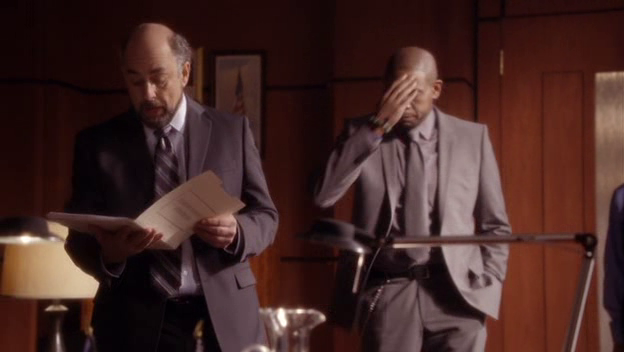 Blame Jazz. He’s the one who wanted the Suspect Behavior episodes off his hard drive, so for the next four weeks Deliver The Profile is putting the finishing touches on the beleaguered Forest Whitaker-centric spinoff. Things don’t get off to a good start as “The Time Is Now”, despite featuring A Talking Cat!?! star Eric Roberts and Giancarlo Esposito, is the worst episode of Criminal Minds the podcast have ever done. Worse than the autism one, worse than the sinkhole one, worse than any of the other Suspect Behaviors. If you’ve ever wanted to learn more about FBI Director Richard Schiff, this is the one to watch. But who the fuck cares about the FBI director? Who wants to know about Forest Whitaker’s past off the grid? How about Janeane Garofalo’s desk or lack thereof? “The Time Is Now” grasps at straws, managing to hold on to none of them. Three more episodes of this. Mercy.