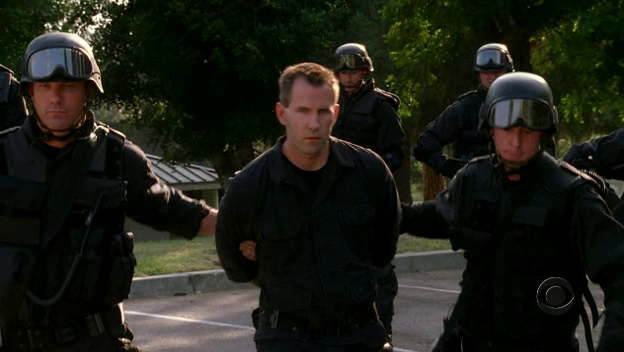 Episode 106 represents a turning point for the podcast. The hosts’ bemusement at the CBS procedural’s continuance into its third presidential administration has turned to outright disdain following an explosive piece in Variety about the show’s longtime director of photography being a known nutgrabber. (LISTENERS OF A SENSITIVE DISPOSITION: consider skipping the first 40 minutes of this podcast if you don’t want to hear two straight white guys talk about sexual harassment at length.) After that it’s a dive into an early episode of Criminal Minds, “LDSK”. It shockingly managed to lift Ronnie and Jazz’s spirits with its mockery of Reid, introduction of Paul Giamatti’s brother and a cameo by Night Man himself.