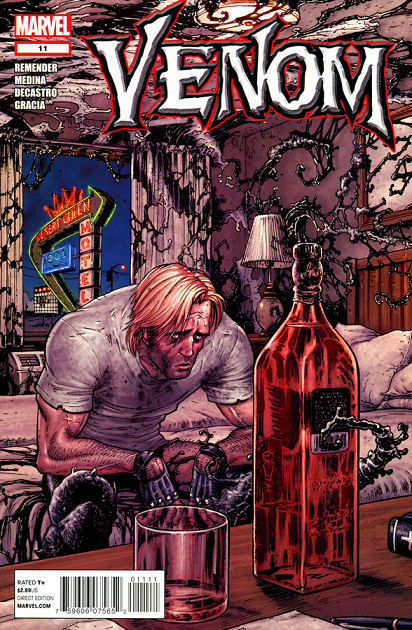 Next week is the fifth year anniversary of the day I stopped drinking. I’ve chosen not to write about that part of my life because frankly I was never that comfortable with the self-reflection necessary to write about oneself. But I figure if I am ever going to do it it may as well be now.

I wish I could tell you my first drink. It’d make for a better story, having that crystallized moment that changed everything at my ready. I’ve narrowed it down to a few likely flashpoints: communion wine conferred upon my confirmation; a friend, more latchkey than I, offering me a brew; a family social function acknowledging my maturity by allowing me a taste of what the adults drank. Whatever the origin, the seed of my drinking germinated during high school and blossomed during college, when procuring alcohol was no longer reliant on the whims of older acquaintances or places with an ambivalence towards the drinking age. But that’s getting ahead of ourselves. I must acknowledge first that I was surrounded by alcohol before any hit my lips. That can be explained as succinctly as saying “I grew up in Wisconsin”, a blighted polar land that houses most of the binge drinking cities and towns in the those Top 10 lists you see. My parents took me to bars as an infant. I have relationships with taverns that span three decades. Alcohol was a background element. This is not to blame society, disabuse myself of responsibility for my actions. This is just the context my story requires. The drinker does not exist without drinking culture. 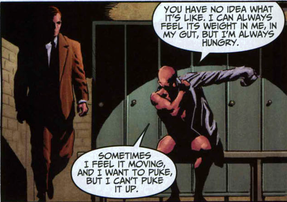 I drank in high school because I was shy and intoxication made me less shy. I could go from awkward geek to—if not suave—someone who could carry a conversation with a stranger with what is aptly deemed liquor courage. It was an elixir that kept the promise of eliminating loneliness and alienation. College drinking was the golden hour when any amount of intoxication was a few hours of sleep and some coffee away from recovery. That’s how I graduated with honors while often drinking a bottle of wine or more a night, showing up to classes drunk or hungover, each semester starting off cleanly until devolving into a substance abuse free-for-all that abated with improvisation and luck. Post-college the drinking didn’t stop.

Drinking is a parasite that convinces you it’s a symbiote. The deal sounds good at first. It will complement your strengths, nourish your areas of weaknesses, and all it asks in return is you perpetuate it. Simple enough. Alcohol will be your best friend, your confidant, your partner-in-crime, encouraging all your basest impulses. I thought I was funnier, more socially adjusted, more likeable when drunk. (I still do, with a certain amount of guilt.) That symbiosis isn’t real, however; secretly it’s cutting you to pieces, replacing your moral calculus with one that puts alcohol at #1. The anecdotes I could share of the myriad shameful ways I would ensure I had my next drink are manifold. You may think relationships, health, fiscal solvency, fucking dignity, etc. matter…until they get between you and drinking. I torched friendships, reduced lovers to blocked phone numbers, incurred thousands upon thousands of debt due to dumbass drunken purchases (not to mention the not-insubstantial fee of keeping the parasite satisfied) all the while rationalizing it away. There were other reasons those things happened; alcohol wasn’t a key contributor, it kept telling me. Blame anything and everything but the drinking. The bond becomes stronger between you and alcohol once everything else starts to fall away.

The parasite can lie so convincingly even you will believe it. The parasite can and will twist any situation to ensure its own survival. I also wish I could tell you the first time I realized I was an alcoholic alcoholic, the italicized repetition to differentiate from the jokey self-identification that comes with the invulnerability and hubris of one’s 20s. The cinematic version of this story would have me committing such a grievous sin or undergoing such a humiliation that the scales fell from my eyes and I admitted my weakness. I’d dramatically empty a bottle down the sink and declare “no more!”. No such luck. The best I can do is recount the time I dry heaved so hard I thought I drew blood and my vague sense of self-preservation (my dad’s most succinct piece of advice before he would drop me off at parties, “don’t die”, reverberated through my mind) scared me straight for a while. Even then, that wasn’t the end. A failure to secure a volunteer job sent me to a place of enraging shame that my first stop was a 7/11 to pick up some cheap bottle of red. Here lies 34 days of sobriety. 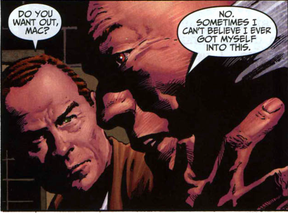 For that summer I spent some time of gritted detente, an unhappy homeostasis with the parasite. I know I need you but I don’t like it. But eventually the weight of shame crushed me. Too many people had seen me for who I really was—a drunk. When people know you have a problem like that it’s maddening. You can see the judgment, the sadness, the disgust on their faces. It becomes the subtext to every interaction. The key to “successful” alcoholism is the delusion that you’re putting one over on everyone and once that’s broken there is no turning back. Even alcohol can’t obscure it anymore.I remember one time I asked my roommate for a ride to Target, him stipulating he would as long as I wouldn’t buy booze there. I swore up and down I wouldn’t. I did anyway. The constant lying and disappointing takes an immeasurable toll on you. I started seriously thinking my parents would live to bury a son.

The only remedy was starving the beast once and for all. Living down to expectations could no longer suffice. For what it’s worth, besides a hangover that lasted about a day, I felt no physical effects of letting the parasite dry out. This isn’t to minimize my addiction by saying I wasn’t that bad off because I suffered no DTs, nor is it self-aggrandizement that I solved my problem in 10 pages like Tony Stark in Invincible Iron Man #128. It is the truth and the only way I can tell this. More truth: there is no significance to September 9th 2016. Why I stopped that day is a mystery. It’s recorded in the sobriety app I had installed on my phone and it’s more trustworthy than my own memories. I try not to indulge in pride about any of this, knowing what led to it, but I do make it a point to stress I lived through the whole of the Trump administration without touching a drop.

There isn’t a happy ending here, not really. Sobriety hasn’t stopped my serious issues with depression. It hasn’t made me a better person. I’ve gained no fundamental insights into the nature of man because of it. I still don’t really feel comfortable in my own skin. My social life is lonely and I’m entering my 11th year of chronic unemployment. But the little things have accumulated. I wake up mornings without wanting to throw up. My hands shake less. Food tastes better. People can reasonably expect I won’t incur embarrassment. There’s some solace in knowing my friends’ children will never see me drunk. I still minimize my sobriety, and I don’t see it stopping, because ingrained is the belief that this is my fault. If I did something differently it wouldn’t have happened. Maybe. Maybe not. The environmental and hereditary causes of alcoholism are beyond the purview of whatever this is.

I’m not drunk. I may go to a bar every morning and have a second of wistfulness looking at the Grey Goose bottle that sits opposite my chair underneath that bar, but I’m not drunk. All I can do now is live the life my drinking left me.

Next ArticleAdventures in Bendisshitting #5: Siege by Ronnie Gardocki and Christopher Ludovici