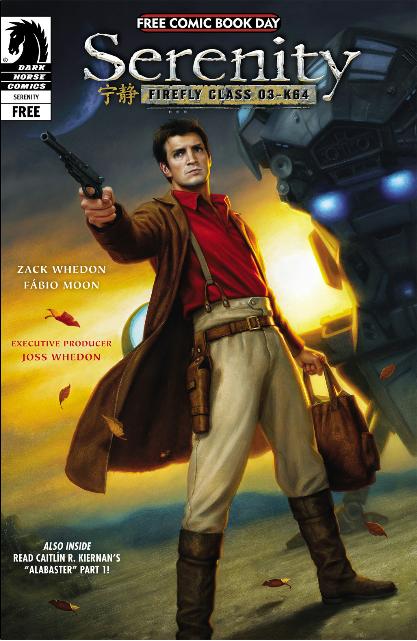 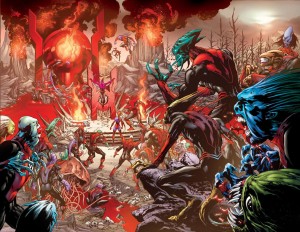 Truth be told it’s been a while since I’ve purchased a comic book.  I think in the last few years I bought a hardcover collection of a Green Lantern run dealing with the Red Lanterns and their amok-running that caused the emerald corps of do-gooders much trouble.  But beyond that I haven’t picked up a single-issue comic book since before June 2009.  Prior to that, by a few months, I had a nice little collection of the pictorial stories that spawn most of the movies in the local cinema. 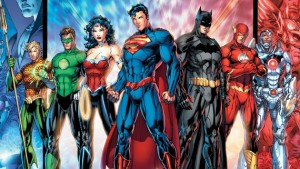 Full confession- I am a total nerd.  Are there nerdier nerds?  For sure.  But I was raised on healthy portions of science fiction movies and superheroes.  HOWEVER, my exposure to comics was not what one might think for the knowledge I have about teens bitten by radioactive spiders and aliens from Krypton.  A lot of what I knew of some of the most beloved characters in modern fiction came from cartoons, movies, and trading cards.

That’s not to say I didn’t read comics EVER.  I had a few freebies that were given out at restaurants like Pizza Hut.  There was a mini golf slash baseball card slash comic book store at which I bought an issue of Spider-Man Maximum Carnage.  Though it was an issue from the middle of the story and made no sense taken out of context, it was still cool to me.  The first major comic purchase I made was at a little bookstore in the mall in the form of a trade paperback.  It was a little known story arc from the 90’s called The Death of Superman. [This was my first comic purchase also – Beth] 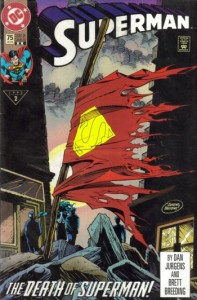 It wasn’t until into my twenties that I actually started a collection.  I was living the bachelor life with a few roommates, the roster of which changed every few years like the introduction of new characters on a television show.  But at one time I had two roommates who both read and collected comic books.  I tagged along, certainly, as even though I didn’t collect comics I still frequented comic book stores.  They have oodles of good things for all sorts of nerds in those establishments.

One day, I got a comic or two.  The next visit I got a few more.  Before you know it, I’m spending $20-$40 a week on comic books (remember- bachelor).  The experience was augmented by Wednesday, the day on which new comics are released, being my day off from work.  Those Wednesdays with no work, a bag full of comics, and some awesome Chinese food with more than likely a Star Wars movie playing in the background were pure heaven.

My comic collection wasn’t anything to brag about.  I had a number of long boxes with various titles in them (whole collections, of course- can’t miss an issue!).  It was a pretty good mix of the companies and genres.  I had DC, pre-New 52 mind you, with my favorite books being the Teen Titans and the Green Lantern.  Though I did have the yearlong runs of both 52 and Countdown (52 was far superior by the way), and that was a fun little gimmick by DC to ensure a year’s worth of sales.

I had a few Marvel in the mix.  There were Avengers Initiative, Astonishing X-men (by the nerd’s nerd Joss Whedon), and the Civil War event to name a few.  Supreme Powers was a great story dealing with superheroes in a much different way, and geared to the more mature of readers as many comics have gone in recent years.  Most of my favorites were from some of the “smaller” companies.  To this day, I challenge anyone to bad mouth Warren Ellis’ book Fell.  It was awesome and too short lived.  Come to think of it, anything Warren Ellis does is pretty much gold in my mind.  The company Dynamite had a slew of titles like The Lone Ranger, and several Battlestar Galactica books that tickled my fancy.  And there were even some Star Wars titles that kicked some prequel ass. 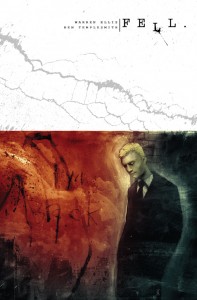 Eventually I liquidated my collection to a local business after giving a friend his pick of the litter.  I saved a few special issues such as Green Lantern #1, a special tribute to Jeph Loeb’s son in Batman/Superman, and the death of Captain America.  But everything else went to gain space and save money.

One thing that came about as I collected comics for the short few years that I did was a move by that crazy Whedon guy (him again!).  You see, like many nerds, Joss just can’t let go of things, and his television creations are most definitely among them.  Buffy the Vampire Slayer ended prematurely for Joss, as did his show Angel (which I prefer over Buffy, sorry).  In Buffy’s case, the show was picked up by another network and given two more seasons.  However, Angel was just finished.  It enraged fans because the program was arguably at its peak at the time.

Whether premature or not, in both cases Joss felt he had more stories to tell, but television didn’t look likely and he never felt the properties would be served in movie form (Buffy started that way and didn’t succeed as he would have hoped).  So being a nerd, Joss thought of another medium to continue his stories- comic books.  The demon fighting, angst-ridden lives of the Buffy and Angel-verse would go on.  The characters would never age.  The writers from the shows as well as respected comics writers would have their chance to spin further yarns in Joss’ playground. 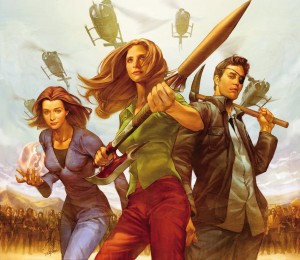 Now at the same time-ish, give or take a few years, Joss made his feature film debut as a director, bringing his television show Firefly to the big screen as the movie Serenity.  It could not be called Firefly: The Movie, for the same reason there was a movie in the first place.  The show had only lasted a few episodes on TV, being drowned by crappy time slots and other politics on the Fox network, which is notorious for crippling genre shows (except for recently, but that’s because there are bandwagons to be had).  Fox still owned the rights to the name Firefly, and I believe that is still the case.

I could write an entire editorial love letter for Firefly, its stories, the characters in them, and the actors who portrayed them.  Just know that it is on my top ten list of shows and it barely lasted half a season, some of which never aired on TV.  And I am not alone in that love.  Other Browncoats (you’re damn right I’m one, Google it if you need to) rallied and cried out for more, and Universal Studios said, “Here Joss, have a bunch of money and make a movie!”

Naturally, ever since, fans have wanted a sequel.  Fans have asked Joss, the actors, and others involved when one would happen.  It was up in the air as something that could happen, but probably not.  However, our friend Joss has done it again.  Serenity has been reborn in another medium, continuing the stories set out before it.  There is now a comic book of the beloved show/movie, and it has the distinction of being the first comic I have purchased in nearly half a decade.  Will it start me filling up long boxes again?  Probably not, but it felt good to go in on new comic book day, pick it up, and talk shop with the clerk for even a few nerdy minutes.  One thing I noticed on the cover seems to be a slight jab at Fox.  Being the comic is called Serenity, I assume Fox still “owns” Firefly.  However, there is reference to the class of ship right there underneath the title.  Made me chuckle.

So what I’m saying, if I’m saying anything at all, is I am excited to read Serenity #1 (all this fuss and I haven’t even cracked the cover), and visit this ship and its crew once again.  Not only that, but I feel as though a comic was long overdue.  If there was one person who could make this acquisition happen, it’s Joss Whedon.  From one nerd to another, thanks for lifting me up for even a brief moment this week. 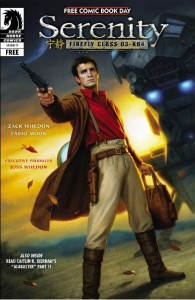