You know that movie where the average, normal guy, played by a handsome Hollywood hunk, meets an equally regular and relatable woman, played by a bodacious babe. Not that one, you know the one where they fall in love then fight then make up and get married and have a baby. No, the one where the girl has sassy friends that aren’t so sure of the new guy. Nope, that still isn’t it. Anyways, romantic comedies are nothing new. Since films began, there have been countless stories where people have been falling in love, fighting, and getting back together. I’m curious to see how they have changed (or not) over the last 50 years. I watched 3 from the 1950s and 60s, The Apartment – Billy Wilder 1960, Desk Set – Walter Lang 1957, and Charade – Stanley Donen 1963. I also watched three modern ones, Silver Linings Playbook – David O. Russell 2012, No Strings Attached – Ivan Reitman 2011, and Love and Other Drugs – Edward Zwick 2010. I will address a few things in these films. Is the romance creepy at all? What are recurring themes and motifs? Will there be a happily ever after? 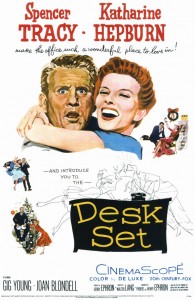 What are recurring themes and motifs?

Love is in the air, Frank Sinatra fills the airwaves, and the Nixon/Kennedy debate is the hot news on everyone’s tongue. This is a time when men were men and women are discouraged from expressing their opinions. Even when it comes to matters of love and romance, men have more privilege. If a man is in love with a woman, he can do many things women can’t. This really reeks in the wake of current attitudes, based on these films. Some of them include:

1) Lying, it is perfectly acceptable and romantic if a man spins a web of lies to ‘get’ a girl. Honesty isn’t the best policy, it’s for suckers and nerds.

2) Showing up regularly to where his crush works that he only talked to once is totally fine.

3) He doesn’t have to be handsome. He usually looks fine but the woman is to be the peak of beauty a la Audrey Hepburn or Katherine Hepburn. No Joan Blondells or Sue Randalls allowed. 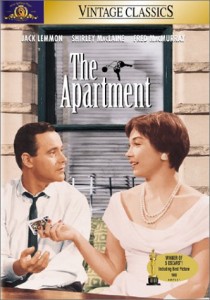 However it isn’t all that bad for women. They can be sassy but it comes at a price. It means being unlucky in love. The only guy they can ring in is a total misogynist jerk that don’t respect her or their wife. On the other hand she will fall head over heels in love with the good guy but can’t tell him. When she does finally does, he proposes and reciprocates the feeling. It also happens to be the end and around Christmas. Only Christmas not Valentine’s Day the most romantic holiday, not Thanksgiving the family values holiday, and never Flag Day where you know, you remember there are flags. The last major thing I noticed was that the guy is a loner. He doesn’t have any friends because he’s a strong manly man. Was it too feminine to have close guy friends if you were a guy? That’s what it feels like and it’s a little bit weird. He doesn’t even have one friend. If he has none then that should be a warning sign. In conclusion it’s ok for men to be jerks as long as it’s for love.

Is the romance creepy at all?

This was briefly touched upon in the prior segment but holy shit the behavior from these “good guys” is borderline serial killer/sociopath behavior. Granted, most of it comes from The Apartment, the other ones aren’t clean either. 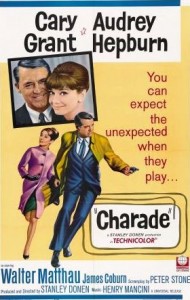 Exhibit #1: In The Apartment our “hero” C.C. Baxter during his first real conversation with his love interest the sassy Fran Kubelik, he tells her that he memorized her social security number, address, and who she lives with. The worst part of this is, she isn’t creeped out and acts like that is acceptable behavior. It isn’t. That’s stalking, no one should be cool with it.

Exhibit #2: In The Apartment our “hero” C.C. Baxter lies to Fran to keep her in his apartment so that she won’t tell the police or her family that she tried to kill herself. He creates a spiraling web of lies so she has to stay there. This is horrible behavior that no one in a romantic situation with another person should just blindly accept. Not only is it totally fine to lie but she tried to end her life. That is a serious thing that needs to be taken seriously and not pushed to the side. It’s not okay even though it was for love.

Exhibit #2.5: This was mentioned before but it needs to be addressed. It’s totally fine to lie to a woman as long as it’s for love. This promotes creating an entirely new identity instead of being your true self to the woman you love. I say woman because these films are heteronormative, where a man and woman, and only a man and woman fall in love. Back to the article, lying like this can lead to a toxic, unequal relationship.

Exhibit #3: This is related to the lying, if a man loves a woman it’s totally ok to psychologically break her down for love. Again in The Apartment, our “hero” keeps lying to her and thus breaking her down. This creates a Stockholm syndrome situation. This is gross, irresponsible, and wrong. I don’t think that if you truly are in love you treat your partner in a condescending, disgusting way and keep them as a prisoner in your home.

For the record, these behaviors happen in the other films but it isn’t nearly as egregious as in The Apartment. So the romance is very, very creepy and one-sided.

Will there be a “Happily Ever After?”

Of course not, this will lead to a terrible, unhealthy relationship.

Next up, Modern Rom Coms, have they changed? Are men just as creepy? Do women actually have a say in the matter? Find out when you read Rom Coms: Now and Then Part 2: The Quickening.

Hello and welcome, this is This Seams Interesting. It’s a monthly column looking at weird, interesting, and overlooked people and events throughout history. October’s topic is…   MONGOLIA UNDER BOGD KHAN: Two Revolutions for the Price of One   When it comes to the Mongolian history, most people stop at the death of Genghis Khan…

This Seams Interesting: The Walker Brothers

Hello, I’m Spencer Seams and you’re reading This Seams Interesting. It’s a monthly column looking at weird, interesting, and overlooked people and events throughout history. July’s topic is…   THE WALKER BROTHERS: 60 Years Before Jackie Robinson There Were The Walkers   Moses Fleetwood Walker (nicknamed Fleet) and Welday Wilburforce Walker are two of the…

Next ArticleCan We Just Be Friends? Episode 39