This is the 480th episode of Law & Order: Special Victims Unit. Jesus Christ. I could review one of these a day and after a year I’d still have more left. It’s insane that this of all shows is fourth in terms of most episodes for a primetime scripted series, behind The Simpsons, Gunsmoke and Lassie. I’m glad it’s unlikely the series will ever catch Lassie; that dog deserves more remembrance than the likes of Mariska Hargitay, and that series featured more varied plotlines than SVU. Sometimes Timmy was bit by a rattlesnake, sometimes he fell down a well. Occasionally he’d run afoul of smugglers. Meanwhile, SVU this week is returning to an old reliable standby of the battered spouse, the traumatized kid and the unrepentant wife beater. They’ve done this episode before, they’ve done it better, but look, it’s fucking Season 22, give them a break. It’s not like people are coming up with new ways of beating your wife. (Elon Musk is trying to privatize domestic abuse but he just hasn’t gotten there yet.) So “Ballad of Dwight and Irena” exists, and it’s a new story by virtue of the fact that the show’s never done an abuse storyline with characters named “Dwight” and “Irena” before. 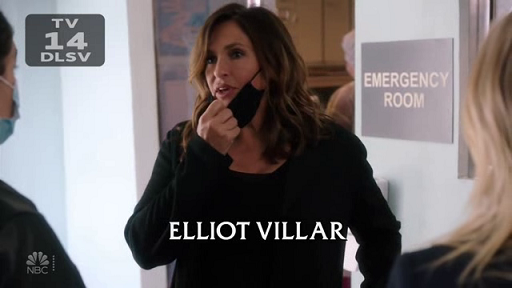 “Let me just take off this mask in this hospital!”

A minute in and I already want to turn it off, because Dwight and Irena are not pleasant characters with which to spend time. They’re in bed and Dwight opines, “the way you bust my balls, you might as well be my wife”. Irena: “is that a proposal?”. It’s your standard abusive household; he bullies her son for being a vegan and, well, that’s really enough reason. Apparently the household falls under SVU jurisdiction because it’s suggested Dwight might be sexually abusing his six year old daughter. This is never brought up again. Later the police check on the apartment to find Irena unconscious on the floor. Something’s going on. There’s a shoehorned in reference to the time Benson got the Chief’s son killed on a domestic violence call. I’ll cover that debacle someday because it was really stupid, but at the moment it explains why Benson is wary about her cops answering domestic violence calls, because the same situation could happen again and a barely beloved recently introduced character could die. Watch out, Kat! Your bisexuality can’t save you from everything. 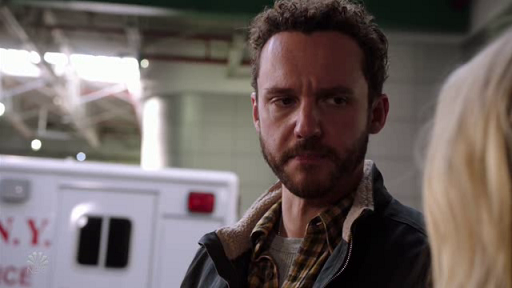 Rollins describes Dwight as a “good ol’ boy” and that’s pretty much all you need to know about him. “You know, back home it’s legal to beat your wife on Sunday” he says to Rollins, then unnecessarily adding “you can look that up”. Where is down home again? The film Hillbilly Elegy? Look, we get it. He’s human garbage. He lives in the dump and travels from place to place via a trash can. Dwight doesn’t need to be nuanced, but he could be a little more complex than this tying damsels to train tracks asshole. So they’re called to the apartment again and Benson asks “is she gone?”. The attending cop: “she? You mean he.” WHOMP WHOMP, Dwight is dead! RIP Dwight Yokelberry, 19XX-2020. 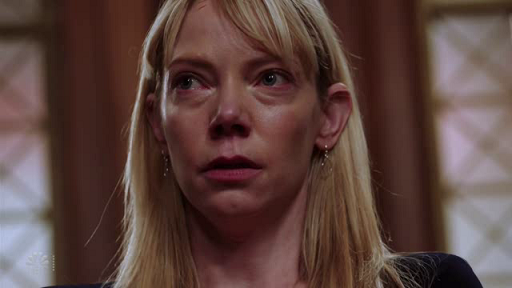 Her staring into space, looking vaguely guilty is 30% of the hour.

He has a pretty hilarious death: someone dropped a blowdryer in the tub while he was in it. Carisi refers to it as “kickin’ it old school”, which, sure, I guess. Blowdryer executions were all the rage in the 90s, right up there with VHS tapes and Judge Ito. They first look at Irena as a suspect but soon it becomes apparent that son Will was there at the scene despite his and his biological father’s statements to the contrary. Carisi gets the information out of a six year old girl; clever bastard. Since there’s no credible claim of self defense cause dude was in the tub, Will gets charged as an adult. Pippa Cox will represent Will; Rollins artfully explains that in her last episode her husband went down for child porn. That husband voiced Raphael in the first Teenage Mutant Ninja Turtles movie. The more you know… 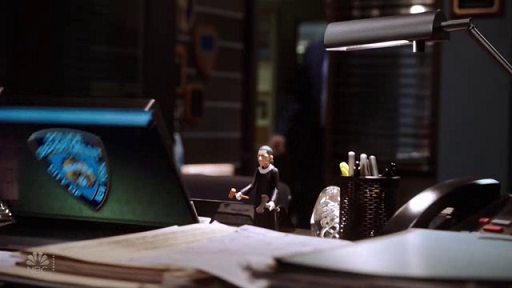 Like RBG, Olivia has also only had one black subordinate in her entire tenure as captain.

This takes us to the courtroom and, well, Carisi doesn’t really work as ADA. The show hasn’t known what to do with the ADA position since Raul Esparza left. Carisi seems like he got the job because he was already on the show and they didn’t want to pay somebody else for the role of ADA. He’s always on the precipice of losing it, and the current national mood that scrutinizes the criminal justice system doesn’t help as it always puts him in a position where he’s about to lose his job and end up dancing for pennies on the street with a barrel for clothing. He also seems to have forgotten he was a cop and has trouble understanding where they’re coming from. The best comparison I could make for the character is he’s Gil with the patheticness scaled down and the frustration scaled up. “Come on, can you please take the plea deal? Ol’ Carisi’s hanging on by a thread here!” 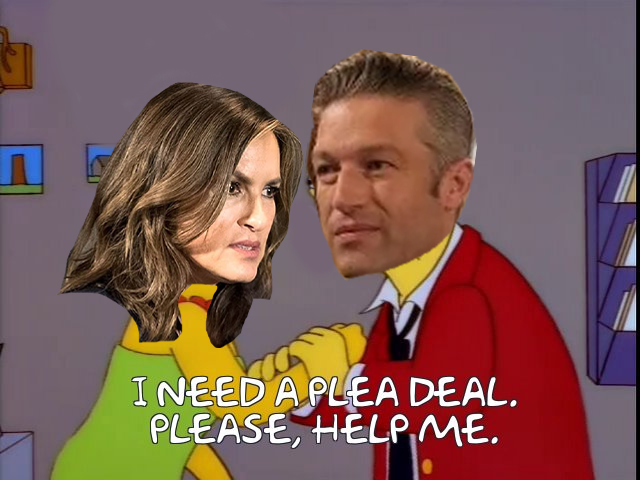 I know this may sound hypocritical because I also complain when episodes are meaningless, nonsensical twist atop meaningless, nonsensical twist, but there’s not a lot “there” with this plotline. It’s aggressively straightforward with no nuance. Which, yeah, sure, sometimes domestic abuse cases are black and white. But it doesn’t make for entertaining television, I’ll tell ya. Riki Lindhome, also known as being not funny as part of Garfunkel & Oates, is also not funny as Irena. Yet another alleged comedian commits to seriousness as a means to further their career. For shame! At around the 26 minute mark, Ice-T says “if you ask me, she did it and she’s letting her son take the fall” before peacing out to his own storyline, and that’s what happened. We’ve seen every permutation of this on SVU before. Mother covers up for son, son covers up for mother, there’s nothing new in the bag of tricks. I suppose the tweak for this episode is that Irena is so weak-willed and pathetic it takes her until the last possible moment to confess to murder. 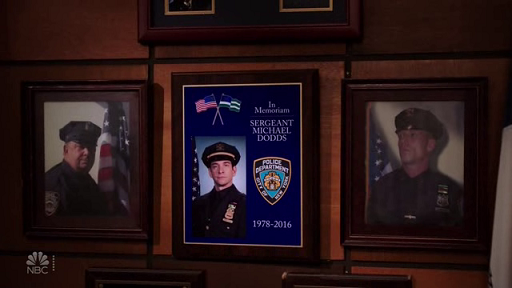 The last few minutes get kinda crazy. After Irena clarifies what happened (she has a “because I did it!” confession in court, as though this is Perry Mason), her attorney suddenly becomes an Andrew Dice Clay routine, telling her to shut up and asking “how stupid are you?”. He dismissively emphasizes “CAPTAIN” when talking to Benson. I don’t know why this guy is now an attack on women, but fucking go for it I guess. SVU tries to ram in a message of sorts about women doing it for themselves in the sort of halfassed feminist way that is so popular on network television. Irena’s done being told what to do by men, even if reasonable doubt as described by her lawyer will mean neither she nor her son will spend a day in prison! Irena gets sentenced to one year, and everybody’s happy about it except Dwight’s wife. Yes, Dwight has a wife, and she’s pregnant with his child. I don’t know what this is for; maybe to show Dwight contained multitudes? I was expecting a classic SVU conclusion of the wife blowing Irena away on the courtroom steps. Classic SVU would’ve done that and also the first half would be about sexism in the geology community or something else utterly random. 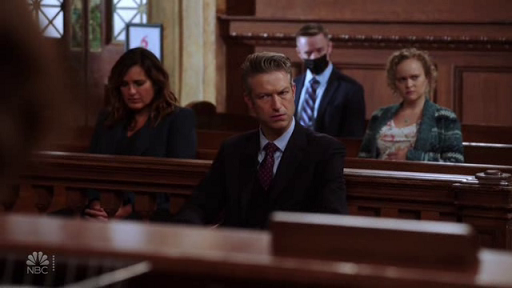 The one guy who’s not an idiot is the one who doesn’t have a speaking role. The audacity…

Carrying over from last season, Ice-T has a lawsuit against him and that plotline inches forward in this episode. The show makes clear that it was a clean shoot in that the guy was holding a knife to his son and shooting him was the only recourse, since shit like “talking him down” doesn’t work. We get teary eyed testimony from the kid, who maintains he never felt endangered, even when dad had a knife to his throat. “Why’d you have to shoot him, Sgt. Tutuola?” My eyes rolled so far back they almost fell out of my head. In the end, they settle with the widow to the tune of 2 million dollars. I see what they’re doing. The Black Lives Matter protests against police brutality won’t be a means to critique the place of police in society, it’s there so the cops can go “oh woe is me”. See, even though Ice-T did the right thing, he was still punished for it because the public hates the police now. The Special Victims Unit is going to keep on being awesome and those fucking proles don’t like it! Instead of self-reflection, SVU sees fit to hold a pity party. The episode closes on Ice-T somberly stating to Rollins and Kat that “the last thing I wanted to be was another trigger happy cop that kills a black man”. THE COPS LOOK SAD, YOU FUCKS! ISN’T THAT ENOUGH?!?! Dude if they do an episode about protesters lighting SVU on fire I’m going to have an aneurysm. 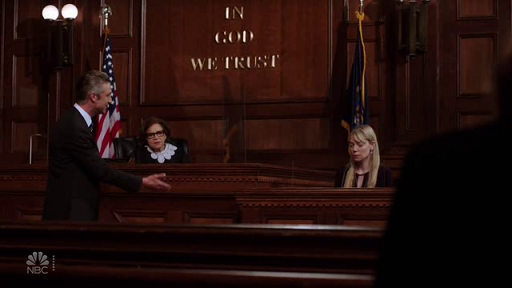 Why is an RBG impersonator presiding over the trial?

MASKWATCH: I gotta say there wasn’t a whole lot of improvement. In fact, I’m not sure there was any improvement, I may have just become desensitized to the protocols botching. People will take off their masks to talk to each other when that’s the exact time you should be wearing masks. Like, Rollins will be at a bar with Ice-T and Kat and she’ll take hers off when she wants to say something. You goddamn hillbilly, keep it on! Hell, it’s a coin flip if they’ll be wearing them in a scene. Sometimes there’ll be one person wearing a mask, as if to signal that we’re living in a society with masks but not everybody does it and that’s okay. The equivalent scenario is if you had a scene of the precinct looking at a solar eclipse and only one of the characters is wearing sunglasses. Everyone else stars at the sun. The inaccuracy will continue until morale improves. 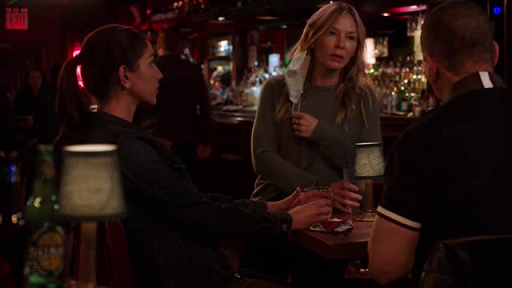 “Hey Fin, here’s some molecules of my air to throw in your face…”

But maybe I’ve been looking at this all wrong. Maybe it’s not a fault of the production, maybe it’s all deliberate. This is savage satire of Andrew Cuomo’s poor handling of the pandemic and the mixed messaging local government has offered to the public. No one’s wearing masks because it’s a failure of authority. The authority literally doesn’t wear masks! If this is the case, Law & Order: SVU is operating on a level I didn’t think possible and thus I must reassess my entire godforsaken life.

“Ballad of Dwight and Irena” is only a marginal improvement over last episode. There’s nothing new or novel, and the characters don’t receive any development or even fun lines of dialogue. “Filler” would describe this hour of television well. Look, you know, they have to make 20-22 episodes a season, so they’re not all gonna be winners, okay? Sometimes you’re going to have shows that seem like they’re using a script from 15 years ago with some of the names changed. That’s okay. As I’ve always said, the problem people have is their base expectation is that television should be good. It shouldn’t and it’s not. 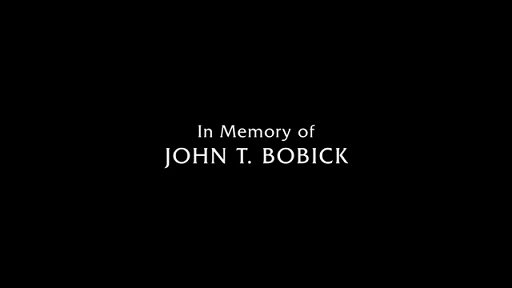 Coincidentally this guy ALSO died of blowdryer in the bathtub.

Next ArticleDeliver The Profile Episode 175: The Itchy & Scratchy Show