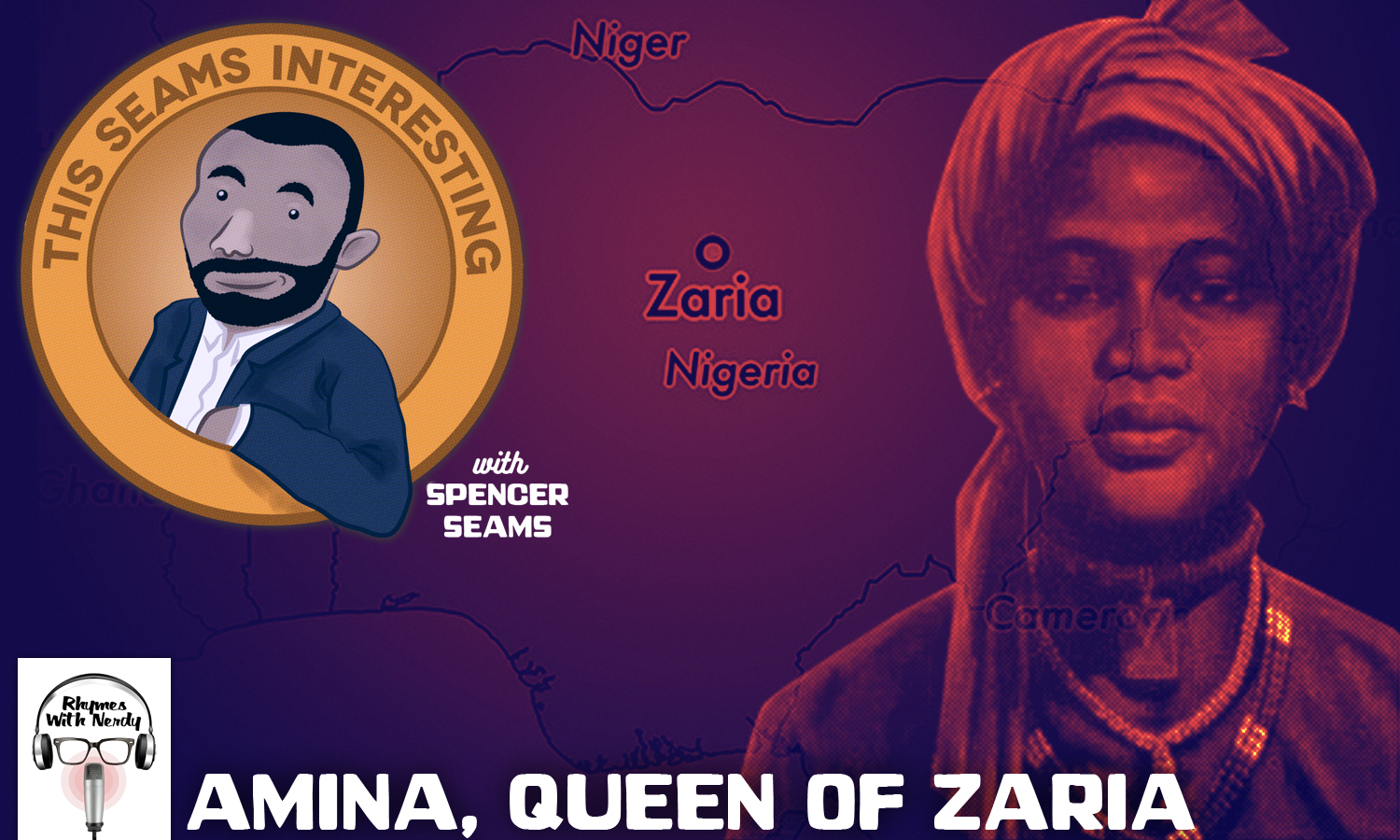 Hello and Welcome, This Seams Interesting is a monthly column highlighting weird, overlooked, and ignored people and events throughout history. February’s Topic is… 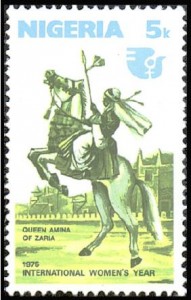 Amina Even Has A Stamp!

Africa has a deep and rich history going from the Pharaohs of Egypt to the golden coast of the Asasnte to the Dahomey Amazons. One of the greatest aspects of this continent’s legacy is the queen, or more specifically, the warrior queen. There were several but most are overlooked. One of those is Amina.

First, there are a few things that need to be addressed. 1) She was a real person but there isn’t that much detailed information on her. 2) Some argue that she never existed but that isn’t true. She was a real person. She really ruled over the Zazzau city-state in the 16th and 17th centuries. 3) She ruled over Zazzau, currently that region of Nigeria is called Zaria in the Kaduna state. 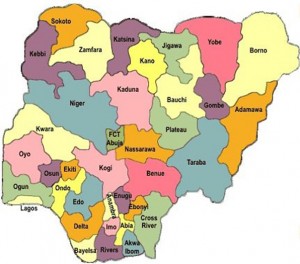 Map of Modern Nigeria, Kaduna is in pink.

Before the era of Amina, the Songhai Empire dominated West Africa. They collapsed after 2 centuries. The remains of the Songhai in modern day Nigeria were split up into the 7 city-states – Zazzau, Katsina, Kano, Gobir, Rano, Biram, and Daura. These are now known as the Hausa Kingdoms, after the Hausa people from that region. The kingdoms were active in trade with the Arabs and other African states. If you were trading goods through Africa, you had to trade with one of the kingdoms. Amina was born into the formidable family controlling this city-state. Her exact birthdate is unknown. Her grandfather, Zazzau Nohir, was Sarkin (king) when she was born. Not much is known about her early life. She had a brother and probably other siblings. Just like other powerful royal women everywhere else, she was allowed to be educated. She was even allowed to join the military.

Nohir passed in 1549. Amina was 16. Her mother Bakwa, became queen regent, making Amina Magajiya (heir apparent) after her brother’s reign. She was given formal responsibilities in running Zazzau by her mother. These included, a daily meeting with a council on city activities, and a ward position within the court. In addition, she joined the military. She specialized in the Calvary. While her mom was queen, there weren’t many opportunities for her to excel in the Army. Despite that, Amina became one of the top warriors to contend with. She proved to be a smart tactician, expert equestrian, and mastered every weapon.

Her mother ruled for 17 years. Bakwa died in 1566. Her brother, Karama, took over as Sarkin. Amina was next in line. Karama unlike his mother, liked war. This gave his sister a chance to prove herself as a warrior and leader. Over the 10 years, she expanded territory for her brother and continued her role as ward in Zazzau. In 1576, Karama died. This was Amina’s time to shine. She still led troops in battle and was frequently on campaign. The Zazzau territory reached the Atlantic coast under her reign. Even though, she frequently fought, defense was on high priority. Massive walls that are still around were built her encampments. Many of which are still standing in major cities across Nigeria. 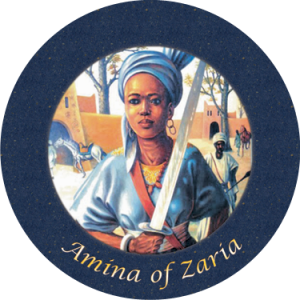 Amina with a Sword.

Her sex life is legendary. She never married nor had any children. After battles though, she’d take a temporary husband from the opposing force. They would spend a night together. The next day, he would be killed. Amina didn’t want rumors and stories of her sexual exploits to be spread. It would ruin her hold on Zazzau. So she made sure that never happened.

While on campaign in 1610, her army was staying in Altagara. She just died suddenly, after 34 years as queen regent. Her life and adventures inspired the series, Xena: Warrior Princess.

I’d like to reiterate; she was an actual person that lived on Earth. The main claim for the opposite is that this society wouldn’t have allowed a woman to be regent in charge. There are plenty of examples from around the world of a woman ruling a country where it was unheard of (read the TSI’s on Czarevna Sophia, Ana Nzinga, Margrete I for examples). It’s just blatant sexism to make that claim. There isn’t much on her but that doesn’t mean she never existed either. The legends and stories about her are a testament to her huge impact on the Hausa and Nigeria.

Amina earned her spot in history but not many seem to care. She defied expectations and took it to another level. The world followed suit.