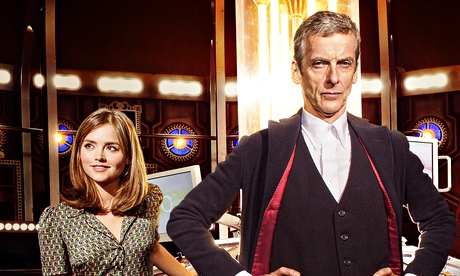 I’m going to get right into this because there’s plenty I want to accomplish. Basically kiddies we’re talking TV today. A television show that I watched for years has ended and I just recently tried to get on the bandwagon of another that’s been around forever. At the same time I’ve been trying to figure out what I want to keep on my DVR and what is going to get sacrificed, while patiently waiting for some of my new favorite to start back up from last year. So without further ado let’s watch some TV.

Yes, the adventures of vampire Bill and his female love interest Sookie Stackhouse have gone bye bye for good. The story of us somewhat slutty southern girl who can read your thoughts and the story of a somewhat freaky vampire stalker boyfriend has come to an end. And the finale sucked like a big stake through the heart.
After the first two or three very good seasons the show went downhill narratively. It did have a few good story lines here the last couple of years, the last two seasons especially I thought were pretty darn good. However they went and fucked everything up with the last two episodes.
Nothing happened and what happened was of so little consequence I can’t even really remember what apparently happened. The creators and writers apparently decided that we needed to spend a whole bunch of time with one or two characters and not any of the characters that were any fun.
I get the show is about Sookie and after that the show’s about Bill, but they are the least interesting characters in the entire show. And frankly by the time the show was ending I didn’t care if they ended up together or not or how or why they didn’t.
I’d rather have seen Jason’s relationship grow with his new love interest who you was trying to not have sex with. I’d rather they give Hoyt and Jessica more time for their story to develop instead of rushing it like they did. I’d rather see Sam and Nicole, and the choice that Sam was apparently trying to make that we just glossed over. And where the fuck was Lafayette the last two episodes?
How about barely mentioning Pam and Eric who had bright shining moments when they did appear before kind of being left in the shadows with what was a major part of the show’s final story arc?
Way to screw the pooch in your last few weeks there, True Blood. If that’s the best you can do for a finale, maybe it was time to hang up the hat after all.

You know my biggest memory of Doctor Who? Low budget reruns that came on PBS after I watched Red Dwarf. I don’t know why but I just never watched it. I didn’t really feel like it at the time especially after I was tired from watching Red Dwarf and it was late at night. But Doctor Who has been a fan mainstay for a long time.
Recent years have seemed to give it kind of a jolt. It seems everybody loves Doctor Who now, and as a nerd I kind of feel as though I’ve been left behind and I’m missing out on something. When you go to a Comic Con and half the cosplay is from a show that you haven’t ever watched something’s wrong.
A few months ago a friend of mine introduced me to an episode of Doctor Who that really didn’t need any explanation or for me to be informed on any of the mythology to enjoy it. So I watched the slightly creepy episode about a couple of scary looking angels who could attack you if you close your eyes. It was a good episode but for some reason I just didn’t get into the show and episodes languished on my DVR afterwards.
But the same weekend True Blood was ending with a shitty finale there was a new season of Doctor Who with a new doctor. I figured it would be a good time to jump in, so I watched Peter Capaldi as he made his premiere as the new doctor.
And you know what? I want to watch another episode. I kind of feel like the new Doctor – feeling out who he is after he was regenerated. I think it’s a journey I can go on with him and as he learns about who is supposed to be I can do some more research on what the show is.

I will say it was still kind of hard to get into which could be a result of really high expectations. But from the moment the Doctor and his companion were trapped in the restaurant I was pretty much hooked, at least for that episode. Now there was a great scene.

And you know the show did do a lot of what I like to be done in my TV shows. I might not know what’s going on but I can pretty much guarantee the lady at the end of the show is going to be starting some shit, and I do like shadowy villains that obviously have a tie to the past of our hero.

You know I mentioned putting a whole bunch of Doctor Who episodes on my DVR, and those episodes got deleted it because I didn’t get a chance to watch them. Unfortunately, with time constraints being what they are, alot of genre shows can suffer from this.

More often than not there are some great looking shows that I record and never get to watch. Then they end up being deleted with the promise that I will someday pick them up on DVD and binge watch.

There are two recent standouts of this phenomenon. First being a show called Dominion on SyFy Channel. It looked like a show about something like good angels vs bad angels (bangels?) or some stuff, but the reason I really wanted to watch it was because of Anthony Stewart Head. I recorded it, but it just got to the point there were so many episodes it felt daunting to try and catch up.
Another show that met the chopping block was The Strain from Guillermo del Toro. I love anything that del Toro does but I just didn’t get into it. I tried watching the first episode and it just didn’t work out. For whatever reason the interest to keep going wasn’t there.
There are other shows that I have done this to, and I’m sure these won’t be the last. It’s bound to happen, can’t be helped. Nobody has time to watch everything they’d like to. Hell, there are shows I started to keep up on and just lost track of (I’m looking at you Sleepy Hollow). The consolation is that, as I said before, there’s always the option of DVD or Netflix or Hulu and binge watching the hell out of that stuff when I have those rare day off things.

Shows that are coming back, or premiering that I’d like to see? Top of the list of my favorites coming back is Arrow. Again, DC done right. Arrow accomplishes everything they haven’t been able to do in the movie theater. Don’t try and pull this into that universe, or try to make that universe part of this mythology, because they mess up Arrow and I’ll be pissed.
Sister show to Arrow that’s coming up, and has great word of mouth is The Flash. I remember the old CBS show, and the Scarlet Speedster has always been a favorite character. Can’t wait to see this, especially since they look like they’re doing a lot of the fun out there stuff Arrow rightfully keeps away from.
Over on ABC, yes that ABC, I’m waiting for the return of Resurrection. It’s based on a show called The Returned from I don’t remember where right now, but it’s fantastic. The show centers around those who have died who suddenly come back just as they were. Or, mostly as they were.
Speaking of people coming back from death, do I even have to mention The Walking Dead? No? Good. If you don’t watch this show, shame on you. Consistently good tale about the aftermath of a zombie apocalypse where the biggest threat isn’t always the mindless beings trying to eat us.
Back to ABC… really?? ABC’s doing some good in the genre category. Anyway, it’s a second chance for romance with Agents of SHIELD. I’m really hoping they start getting into a better groove, and with how season one ended up, there are a lot of promises for greatness. Not to mention the characters and guest stars they’re bringing on board.
Other things I’m looking forward to? Checking NBC’s Constantine, hopefully getting back into Sleepy Hollow, Gotham (Fox is starting to be nice to nerds, it seems), Once Upon a Time, and, and…that’s all I have for now. I’m sure I’m missing something, but this already seems like more than I can handle with a human schedule. Here’s to filling up the DVR, getting yelled at for taking up all the memory, and then cutting out shows I may never see for ABC Family fodder.

Molly and I dig in to Doctor Who’s 8th Series and dish on Peter Capaldi, Jenna Coleman, and Samuel Anderson as the enigmatic Danny Pink. Don’t forget to check out Lost In Asgard!

Say what you want about the way this series ended. Go ahead, get it off your chest. I promise you I’ve heard it all before. You finished? Okay great. My turn. Love it or hate it, we are still talking about this show four years after it ended. Were a lot of questions left unanswered?…

Next ArticleCan We Just Be Friends? Episode 18