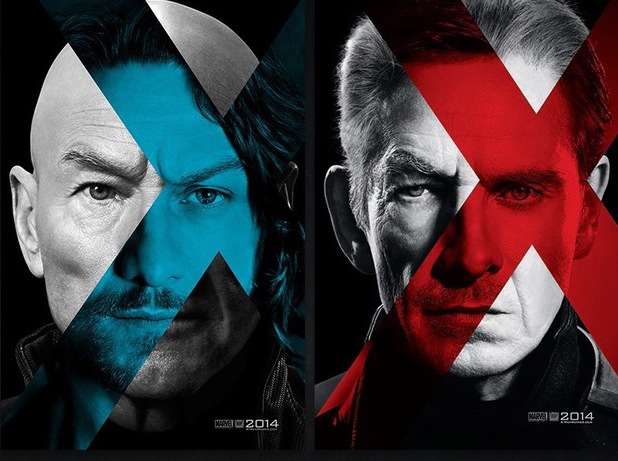 Plots of Future Past

X-Men: Days of Future Past landed in cinemas last week, and on the face of America, selling either a bunch of tickets to a lot of people, or a lot of tickets to a few people going again and again.  The movie made major bank, cheese, dough, ching, whatever.  Rotten Tomatoes and the people who throw them gave the flick a score somewhere in the nineties.  Not sure why I want to review it, but I do.  Right off the bat- I liked it.  Buuuuut…..It’s not something that’s going to stick with me.  Without further ado, a review WITH SPOILERS.  If you have seen the movie, don’t read any more if you don’t want to know any details. 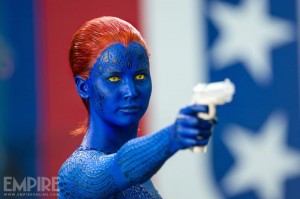 At this point in any series of movies, it’s hard to not compare an installment to the others, or at least talk about it in the context of the larger picture.  That is where the dilemma lies when watching DOFP as a member of nerd culture.  Where casual moviegoers don’t care that Charles Xavier, played by Patrick Stewart, died in X3, fans and discerning audience members want some damn explanations.  It is on this notion where Bryan Singer and crew succeed and fail at the same time.

DOFP seeks to be its own kick-ass movie, part of the original group of movies (including the first two directed by Singer), and bridge the gap between the original cast members and their younger counterparts from First Class (directed by Matthew Vaughn).  I was a big fan of First Class, welcoming it as a refresher for what I hate to admit is a so-so franchise.  As DOFP began, I have to say I was a little disappointed.  It started off like other Singer X-flicks, and very much had a feeling that it was the older crew’s movie. 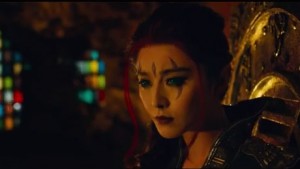 The story, though, in which mutant and mankind are hunted by adapting, shape-contorting robots known as Sentinels, is very engaging and no time is wasted getting the action back to the 1970’s, which is exactly the place I wanted to go.  No offense to Stewart and other X-Men alum, but the First Class-mates are far more interesting to me at this point.  An airing of an interview with James McAvoy, the younger Xavier, and a showing of First Class on cable were the things that finally got me excited to see this. 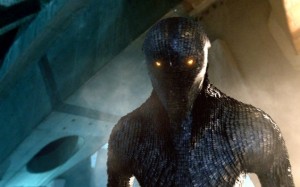 Time travel is achieved by using the power of mutant Kitty Pryde (Ellen Page) to transport the consciousness of Wolverine (Hugh Jackman) to his body in the past, where he loses the adamantium and gains bell bottoms.  This is a departure from the comics (the movie is based on what could be considered one of the most popular X-stories) in the guise that Wolverine can heal from possible brain damage inflicted by the process, but I’m pretty sure it is instead a way to make Wolverine a central figure in the story and sell more tickets. 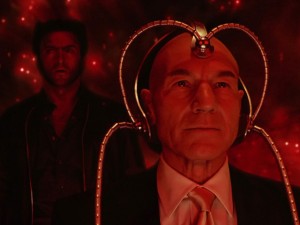 The silver lining to all these movies centering on Jackman’s character is that the actor oozes so much damn charm and charisma.  If it were any other performer, Fox would be in trouble with this franchise.  So Wolverine it is, going back to convince young Professor X to be more like his bald, future self after having succumbed to depression on account of life being shitty.  Young Xavier drinks, has a scruffy beard and long hair (you know, visual “I’m depressed” cues), and takes a serum to allow him to walk after taking a bullet to the spine in the previous movie.

The serum, concocted by Nicholas Hoult’s Beast (who also takes the serum, essentially creating a Hulk version of the character), does have one side effect- it impairs Young Xavier’s mutant abilities.  See where the moral dilemma is in this?  Young Xavier must embrace who he is so he can influence others to embrace all mutants.  The actual dilemma is for Young Xavier to join with Young Magneto (Michael Fassbender) and stop Young Mystique (Jennifer Lawrence) from killing the man behind the Sentinels- Boliver Trask (Peter Dinklage). 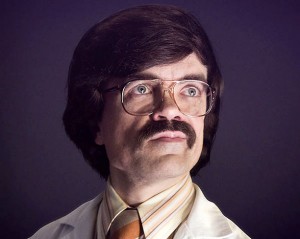 Seems in the “original” history Mystique did the deed and was captured.  Her DNA was harvested to make the Sentinels the adaptable killing machines they are, as opposed to just being able to target mutants.  Her moral dilemma is whether to be the girl Raven that Xavier grew up with, or to fully take on the mantle of Mystique who grew up with Magneto.  Not going to tell what she chooses, but like most of the end it did raise questions for me. 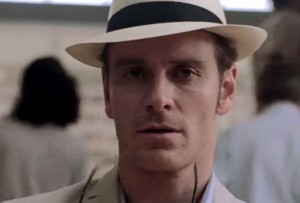 That’s the problem with being a savvy watcher of the moving pictures.  I kept trying to reconcile the events in DOFP with all the other films, and determine where that put all other plots that came before it.  Are they null and void?  Do some of them count in the continuity?  What does this mean for the universe of these characters?  Bryan Singer has already said in some interviews that fans should just let some things go.  I find that to be a cop out of Galactus proportions.  For a filmmaker who usually treats his material and audience with a high degree of intelligence, it’s quite a slap in the face to be asked to dumb it down. 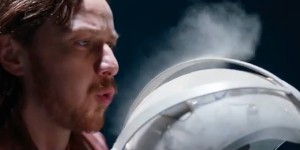 How would I have fixed things?  First, I’d have started the movie with Old Xavier still being dead.  No real explanation is given as to his resurrection and this movie could have been that explanation.  This movie is already being used as the explanation and catalyst for a great many things, bringing back the dead included.  So why not Old Xavier?  More than likely, it’s once again a business decision or the writers just didn’t want to go there. 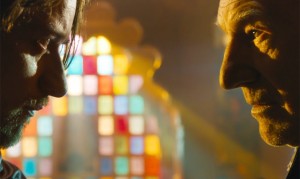 But I think they could have mined so much more drama out of this if they had made it Magneto’s story.  Instead of getting Young Xavier to be like his older self and “hope again,” why not do that, but have this be about redemption for a changed man in Old Magneto?  This could have been a man who learned his lesson much too late, and saw a chance to fix the mistakes he’s made.  It would actually be the ultimate sacrifice.  If Xavier and Magneto were brought together by the war, and became bros again, changing history for the benefit of the species would undo that relationship and thrust them back into being adversaries.  Knowing that would give Magneto one helluva choice to make (though, I assume that’s how things worked out despite not seeing Old Magneto at the end). 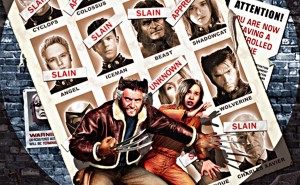 Crafting the story that way would also have added considerably more drama, and in the final moments when Old Xavier reappears in the changed future, it (along with the line he says) would have so much more weight behind it. 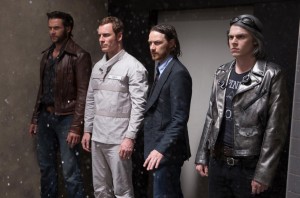 But I’m not part of the guild and don’t write screenplays.  For what DOFP turned out to be, it’s pretty good.  On a letter grade scale, I’d give it a B or B+.  If I was using stars, it’d get 3 or 3.5 out of 5.  Where I find plot holes and shortcomings, I’m giving wonderful actors to pick up the slack.  The best of the cast are used here, old and new classes.  With all the returning actors, it’s almost too difficult to believe newbies Dinklage and Evan Peters are highlights among greatness.  For Peters’ part, I will be one of the nerds who openly admit I was completely wrong about his Quicksilver being awful.  Judging a comic book by its cover, indeed.  His fun turn as the silver speedster will be difficult for Joss Whedon to top at least where the fun factor is concerned. 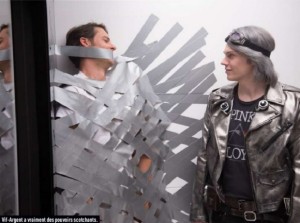 The only thing I hope for is the next installment, which was announced months ago and teased after this film’s credits, answers some questions.  But I doubt it.  Because whatever the X-gene has done to these films, the power they have is not in consistency.  Good thing quality isn’t in short supply.

We look right past the  errors and Shadowcat Side-lining and get right into the most important part of this movie: drunken, slovenly, belligerent James McAvoy. Just the way we like him. We are also pleasantly surprised by Evan Peter’s turn as Quicksilver and how is Michael Fassbender MORE CREEPY than Magneto?!?

A little misnomer- I’m writing this before I see X-Men: Days of Future Past. There is the distinct possibility that my feelings on the movie, and the franchise as a whole, could be altered, erased, or some other thing between now and the time I see the flick. I doubt it, but we’ll see. First…

Next ArticleEpisode 35 - X-Men Days Of Future Past!