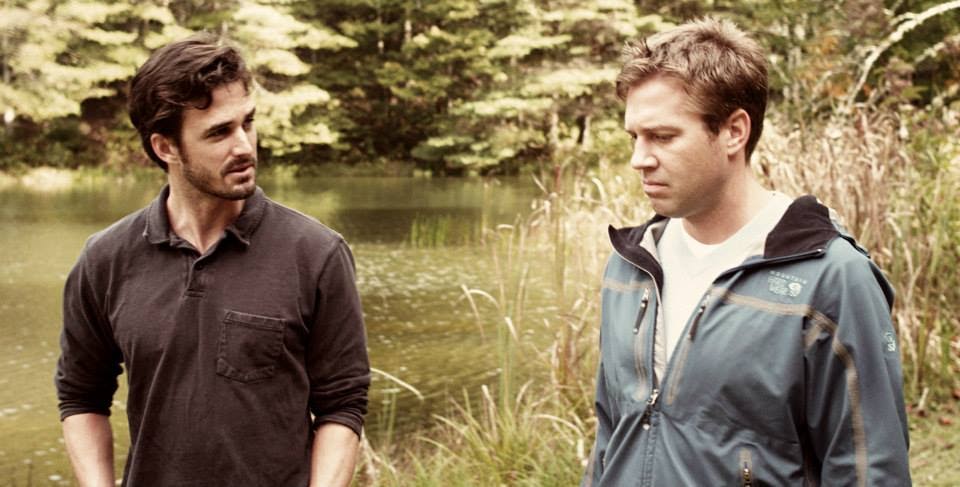 AAAAAnnnnd Sammi and Beau are BACK just in time to celebrate #pridemonth to discuss the first-ever gay Pride & Prejudice (film) re-imagining, Before The Fall.

First-time director Byrum Geisler does an excellent job outlining the division of class between the wealthy educated southern gents and their blue-collar counterparts. The setting felt incredibly real, and the sets were all chosen with care. Nothing looked too generic or staged. The Appalachian backdrop was stunningly beautiful and the actors, while perhaps untried, all turned in decent performances. It was very clear that everyone involved in this project was personally invested and wanted it to work very much. I especially enjoyed Chase Conner’s turn as broody working man Lee Darcy (I look forward to seeing more of him in the future) and the interpretation of Kitty and Lydia as a couple of happy, successful gay men who are the light of this movie.

We hesitate to use “bad” here because, as we said at the top of the show, we realize that this movie wasn’t made for us. That being said…there was very little humor in this movie. I understand that the journey of self-discovery that Lee is on is a serious story line (that in real life rural Virginia could have serious consequences) but there was very little of the sparkling wit and verbal repartee that is such an important part of Pride and Prejudice. We also would have liked to have seen more affection between men in this movie, even if it was just a hug, the brief squeeze of a shoulder or the touch of a hand. There is a lot more time dedicated to Jane and Bingley’s heterosexual attraction than the brief, fleeting kiss we get between the two male leads at the end (which quickly pans away to a tree trunk, because we hadn’t seen enough of those yet?) Even some affectionate interaction between Ben and George while they were dating would have been a nice touch. Basically, the movie didn’t quite go far enough.

The Cathy character was quite nasty. We’re not saying she wasn’t a necessary part of the story, but that doesn’t mean we have to like her.

We are glad that it was made, even if we wanted it to be more than it was. We hope this will be the vanguard for future gay re-imaginings of Austen’s work.

Sammi and Beau take on Mansfield Park in discussing Metropolitan, Whit Stillman’s clever tale of young Manhattan socialites in the early 1980’s. The whip-smart humor of the Sally Fowler Rat Pack hit our intellectual sweet spot and their rapid-fire dialogue evoked our love for both Jane Austen and Gilmore Girls. Stay tuned for the miraculous…