Episode Two- Attack of the Spoilers

This is the second in a six part series leading up to the release of the latest Star Wars movie ‘The Force Awakens.’  In this installment where I try to catch up to fit them all in before December 18 you get legal stuff, talk about Terminators, and I tell whiny fans to shut their pie holes.  But, you know, nicely.

It almost feels like ‘Star Wars: The Force Awakens’ is a giant Christmas presents to fans.  Hard not to feel that way when the picture opens up the week before the holiday.  And like all good children, everyone wants to know what’s in the box.  But at the same time we’re trying to save the surprise for Christmas morning.

It’s hard to stay free of plot points and story details in the Internet age, but folks are trying their hardest with ‘The Force Awakens.’  They face seemingly insurmountable odds to do so, however. We have the Internet, the people making the movie, the people marketing the movie, and those a-holes who somehow get to see a movie before the general public.

And I get it.  I do.  It’s kind of a special thing to go into a movie not knowing what’s going to happen.  In the historical case of Star Wars, how much impact would those movies have had if we knew Obi-Wan Kenobi would die on the Death Star, that Darth Vader was Luke Skywalker’s father (one big reason to not show your kids the prequels first), or that Luke and Leia were twins?  These are huge secrets to the plot of the original movies, and might not have remained so in today’s information age. 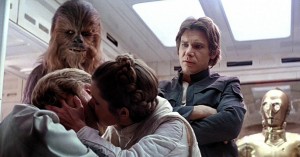 The effort to keep things under wraps can be a big selling point for a movie, but at the same time, the more you show the more it sells.  It’s the case whether people want to admit it or not.  Hollywood doesn’t do things just because; they do things that are calculated to make money, regardless of how much “art” is involved in a project.  When dealing with a $200 million dollar budget, and even more in the marketing, studios want to recoup their money and turn a profit as well.

Seems to me one of the biggest weapons is the legal document known as a nondisclosure agreement, or NDA.  They’re nothing new, and aren’t limited to show business.  But what these little puppies do is gag the signee so as to bind them legally from spilling any beans the studio wants to keep firmly in the can.  Should anyone who has signed an NDA spill said beans, they’re more than likely on the wrong end of a lawsuit. 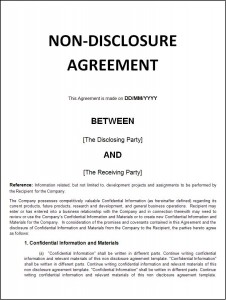 There are many moving parts of a production, and it’s takes a lot of micromanaging to contain information.  From the various stages of making the movie to its release, spoilers have so many ways to leak out, and often do.  But beside NDA’s, there a few other ways of keeping secrets under wraps.

Throughout the various stages of the film making process, there are many measures used to ensure things don’t get out to the public.  Much of it boils down to a concerted effort on behalf of all the parties involved to put things in place to do so.  Of course there’s the NDA’s, but when a project starts the circle of people involved is relatively small.  As things get going, one way to keep things close to the vest is who sees how much of the script.

Often times cast and crew are only given certain parts of the script.  Obviously they are privy to scenes they are actively involved in shooting.  This way most people involved don’t have an overall picture of the project, so they can’t really give away anything because it’d be out of context.  There are also cases in which cast members don’t get pieces of a scene until just before they are ready to shoot, having to learn lines and direction very quickly. 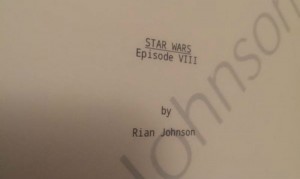 Scripts can be coded, printed on special paper, and are probably both more often than not nowadays.  This security measure makes it far easier to detect where a spoiler may have come from. Did a script leak?  Whose script did it come from?  Take the appropriate legal action.

There are other methods in play, such as only select footage being shown to select people, confiscating of cell phones from cast and crew, using sheets and boards to mask characters and location from onlookers or paparazzi, and even going so far as to shoot scenes with as few people on set as possible.  Heck, back when ‘Empire Strikes Back’ was filming, very few folks were on the sound stage for the reveal of Vader’s secret on Bespin, and even then actor David Prowse spoke the line as “I killed your father” (Mark Hamill was let in on the true line, and acted appropriately in the scene).  When James Earl Jones recorded the dialogue in post-production the line was changed. 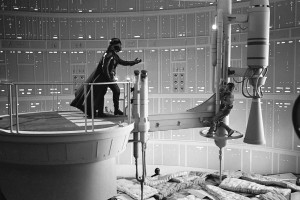 Prior to the release of a film, advanced screenings are tight ships as well. When critics get to finally see the movie they are subject to the same NDA’s as those who made the film.  Critics are also sometimes embargoed to keep their reviews until a certain date, and might not even see the movie in some cases until the day before or day off release.

Now back to those dastardly marketing departments, putting all the footage they want into a trailer or TV commercial to get you to see the movie.  But, as I said, can they really be blamed?  Fans think Star Wars sells itself, but that’s where many nerds have tunnel vision- there’s always a new fan to bring into the fold.  And a marketing juggernaut is behind every major release.  There are times the marketing budget rivals the production budget, which seems like digging your own grave when the movie has to recoup both and then make a profit.

Marketing can stumble, however.  I’m not sure to what degree most movies have over how they’re marketed, but you’d think some of the trailers that get released would need some kind of approval, and someone might say ‘hold on a minute.’  Earlier this year, the trailer for ‘Terminator:Genisys’ gave away what I would consider a HUGE spoiler when putting that movie in the context of the entire franchise.  Clips showed the villain of the movie was not only the character John Conner (up to that point in the lore the savior of all mankind), but he was now some kind of terminator himself.  Not something I’d have advertised, especially as the movie doesn’t offer a whole lot more anyway. 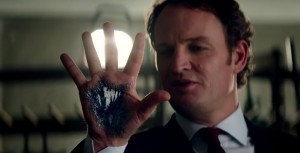 More recently, Batman v Superman finally put out a trailer, and did not tread lightly, going so far as to maybe even show the villain Doomsday to be a part of the film.  This had been rumored, but not confirmed, and I can’t say I see why it would be in a preview with the movie still so many months away.  Oddly, both ‘Terminator: Genisys’ and ‘Batman v. Superman’ are Warner Bros flicks.

Advanced footage of ‘The Force Awakens’ is being met with the same kind of reception from nerds we saw earlier in 2015 when ‘Avengers: Age of Ultron’ was released.  It seemed to be that every time there was a trailer or clip released, we heard the same things- quit showing so much, I’ve seen the whole movie, they’re giving everything away.  Whine, whine, whine.

Well, dammit, knock it off, nerds.  This crying spoiler alert crap is getting out of hand.  First of all, you’ve seen the whole movie?  Really?  Cause I’ve watched the super cut trailers of all the footage released for ‘The Force Awakens,’ and it’s just over six minutes long.  So unless they only show a star field for the rest of the movie, there’s about two hours and ten minutes to go.  There are whole characters we haven’t even seen.  Which brings me to the flip side of the spoiler coin.

Fans have been downright angry that with every promotional material released there hasn’t been so much as a glimpse of saga hero Luke Skywalker.  You remember him, don’t you?  The whiny brat who wanted adventure but was willing to just go get some power converters at Toshi Station?  The guy who found out his dad was the worst asshole in all the galaxy?  The Jedi who eventually toppled the Emperor by turning Vader back to the good side of the Force?  Yeah, THAT guy.  He has purposefully been kept off of even the poster for the movie. And fans are pissed?  Soooo….they want the filmmakers to show more, but not give things away?  Got it.

The following image, however, has been in most of the trailers, so much as even being shown during a voiceover where Luke refers to himself.  Though, and this goes to the point that we really don’t know for sure what’s being shown, I have for months run under the hypothesis that this character sitting fireside with R2-D2 is NOT Luke Skywalker.  Who is it?  I don’t know.  But he or she (and I’m leaning toward a she) is not quite the, um, size of our aged Jedi friend Luke.  As you can see by the next photo, which to my knowledge is the only possible photo of Luke from ‘The Force Awakens.’ 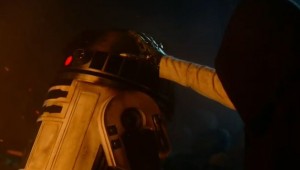 Before I show the next photo…

It is a possible spoiler…

So if you don’t want to see the image… 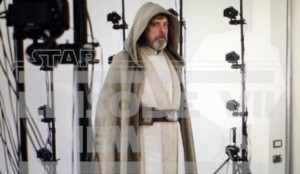 Is this real?  I don’t know.  Is the guy in the photo with Artoo Luke?  I don’t know that either.  And that’s kind of my point.  For all the times spoilers can leak, there are a lot of things in place to make sure they don’t.  And they’re even more effective when you have a filmmaker like JJ Abrams at the helm, and a clear directive to keep intact some element of surprise.  No matter how many commercials there are, unless they tell you Rey is the kid of Han and Leia, there are no real spoilers.  Seeing Kylo Ren and Rey facing off in a forest is not a spoiler.  Seeing Finn hold a light saber is not a spoiler.  When these things are obviously taken out of context, there is no way to know anything about how they play into the larger movie, and thus cannot be a spoiler.  It’s like saying, ‘Dude, this movie takes place in a galaxy far, far away??  Spoiler alert! Gawd!”

That is honestly how dumb people sound. By the way…Han Solo dies.

Disclaimer about photos- we don’t own, we just Googled ‘em.  Please don’t sue us.  May the Force be with you.