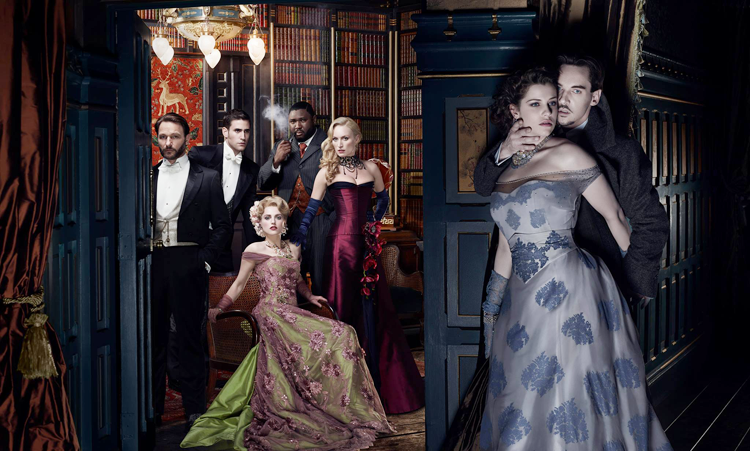 “Vlad Tepes! Vlad the Impaler! Dracula!” As Lady Jayne Wetherby says on more than one occasion, and that lady is nothing if not on-the-nose. Molly and I meet in the Skype-o-sphere to talk about NBC’s Vampire Drama, mostly about Jonathan Rhys Meyers and his INSANE American accent, how great Renfield is, Van Helsing’s terrifying silver hammer and Lady Jayne’s boobs. You see those A LOT. You have to appreciate a show that doesn’t hold back in it’s level of insanity (Edwardian Female Mud Wrestling, anyone?) or it’s brazen manipulation of the original text. 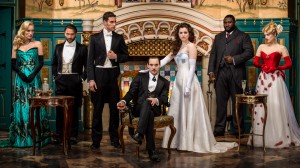 For those that have seen the show, how does it compare to you against other versions? Christopher Lee’s Dracula is a classic, or maybe you prefer the Rock Star Dracula of Buffy? For me Gary Oldman is pretty impossible to beat, but one thing I think we can all agree on….Oliver Jackson-Cohen is a much better Harker than Keanu Reeves.

I’ve been looking forward to this since I heard they were adapting Hellblazer…and always with the hefty grain of salt. Hellblazer is a fucked up interesting choice for a new show. But NBC has surprised me a lot lately, from Hannibal to the silly but mindlessly enjoyable Dracula, so it’s not outside the realm of…

Adam and Molly join me to talk about Captain America: The Winter Soldier, or as I like to call it “Chris Evans in Sweatpants.” Do we identify all of the Marvel Easter Eggs in the Movie? What does the end credits scene mean for Age of Ultron? Just how gross IS Tom Cruise? Listen and…

Molly and Kip join me to talk about the DC Power Couple everyone loves to hate, Frank and Claire Underwood. I explain my aversion to Gerald McRainey and Kip tells us why Remy Danton might actually be the tragic hero of Netflix’s sprawling political drama.

27% of Team Atreides reunites to talk about Misha Collins’ grand experiment, Gishwhes (aka Greatest Scavenger Hunt the World Has Ever Seen). WHAT THE WHAT is this all about you ask? One week. 150+ “items” to collect. Sleep becomes a distant memory as your creativity goes into hyperdrive. You become obsessed with things like Kale,…