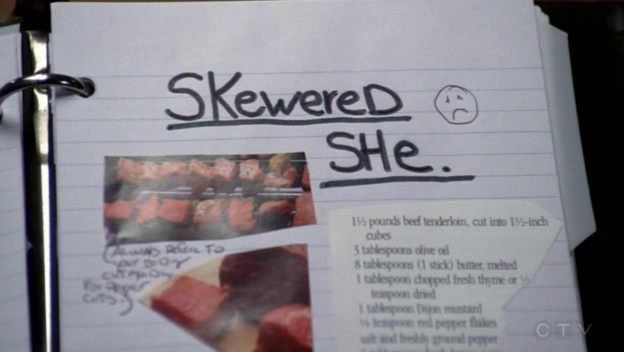 It took three attempts over a series of weeks, but finally Ronnie and Jazz have covered Season 3’s “Lucky”! It’s about Fat Jamie Kennedy becoming less fat and also a cannibal, while Morgan struggles with religion over in Who Gives A Shit Ville. The frustration of having to watch the episode multiple times to refresh memories leaves the boys more tangential and frustrated than usual, as talk routinely devolves into talking about the “original Joey” of Friends, a guy who stupidly gave himself Wolverine claws, and why parrots are known as nature’s negotiators. Plus: a guest appearance by none other than Homer Simpson.

Deliver the Profile – Episode 35 – There’s No Place Like Home

G.g. joins Ronnie to lend his Kansas-based expertise as they discuss Season 7 Episode 7: There’s No Place Like Home, aka Attack of the Killer Tornado.

Ronnie and Jazz fulfill a promise and cover “Penelope”, part two of a crossover that involves the show’s least likable character getting shot and not dying. This one’s tangent heavy as the boys struggle to mount an effort to care when there’s no profile delivered and an unsub already established last time (as Longmire!). Is…

Ronnie and Jazz take a step towards the modern day with a Season 10 episode, “Burn”! (Or “Burned”, it doesn’t matter.) Garcia goes to Texas to see an execution and the gang finds themselves dealing with another unsub obsessed with Dante. Just what does Gavin Rossdale have on the crew of Criminal Minds? Otherwise, the…

It’s hobo time as Ronnie and Jazz talk about Season 4’s “Catching Out”! They learn a lot about hobo culture, like what signs mean gullible cat ladies and which mean trouble. Also: J.J. is pregnant, and that continues to be her sole characteristic! Have you ever wanted to see Greg of Dharma and Greg fame…

Next ArticleEpisode One- The Phantom Anticipation