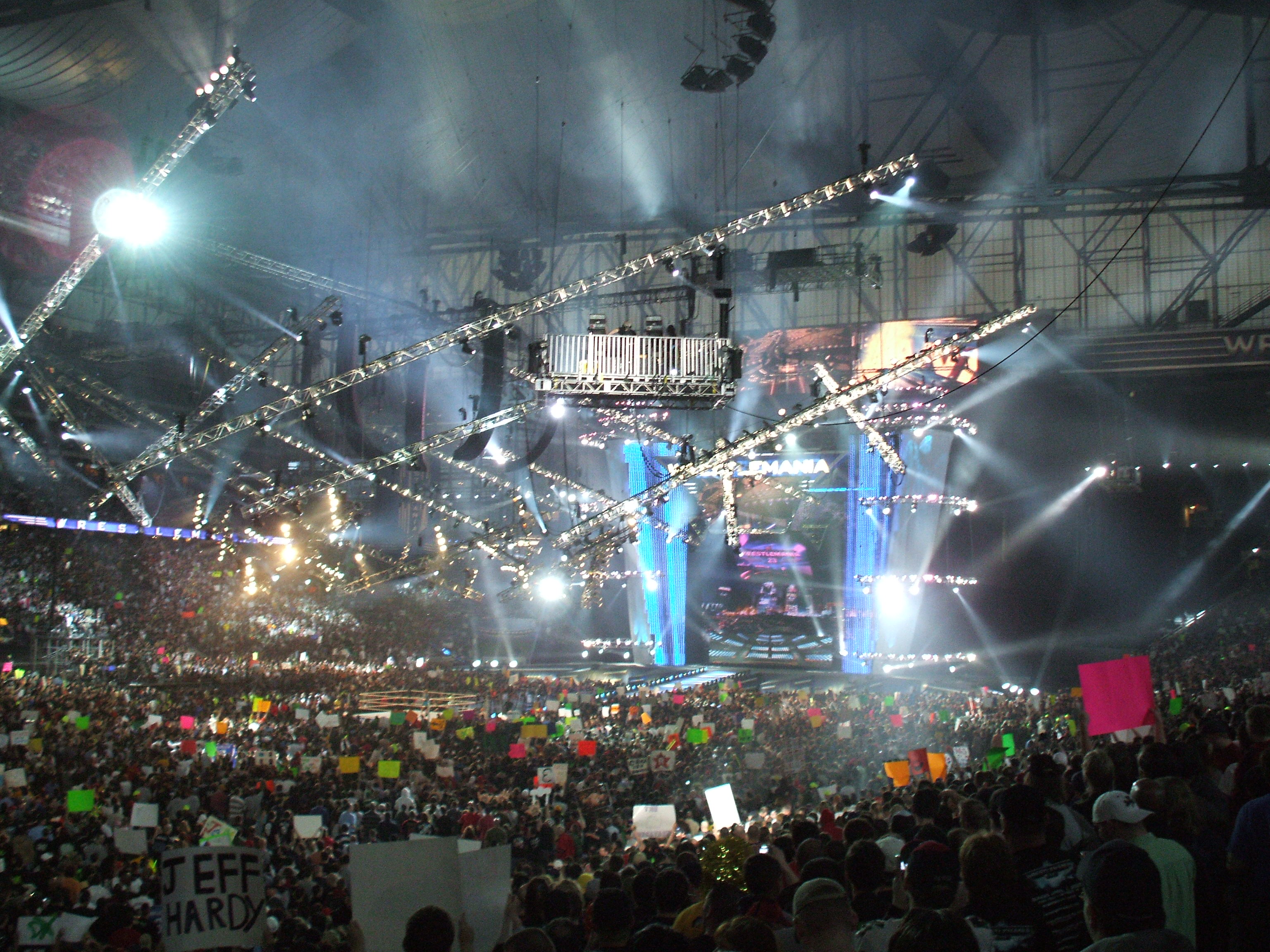 This Sunday brings us the biggest day of the wrestling calender. Imagine a tumblr that shipped the Superbowl and The World Series, that’s what this site is all about right? You’ve decided to tune in on the network or drop the sixty bucks for some reason. Maybe your spouse is super into it or maybe just friends, or maybe you just decided to be cool for once in your goddamn life. Well kid, let your ol’ pal Kip smarten you up to the business. I am going to lay it all out for you, so you don’t feel like an idiot when people start talking about spots, bumps, and swerves. So let’s start with a little history and how we got here..

In 1984 Vincent Kennedy McMahon had a dream to create the card to end all cards. It featured all the top talent in the world that he could get his hands on. He put it in the “World’s Most Famous Arena” Madison Square Garden in New York City. He mortgaged his house, sold his cars, and even jokingly (maybe) put his kids up as collateral. Promoters from other territories held meetings to talk about how to deal with it, maybe sabotage.. maybe a hit? The card happened and featured celebrities like; Liberace, Mr. T, and Muhammad Ali. All the wrestlers that hadn’t been threatened with their lives arrived and performed. It was the greatest event the world has ever seen.. and now we stand starring at number thirty.

Okay so that’s history and old people are boring. Calm down, internet nerd. Now this Sunday brings us Wrestle Mania 30. What do you need to know to enjoy yourself? Let’s go over the matches so you know what to bring up and talk about with that wrestling nerd you love so.

What’s The Deal? Thirty men will start in the ring and try and toss each other over the top rope. So why do I care? Because we’ve never had one before at a mania!! Yes I am choosing to ignore the NFL royale and the gimmick royale.. youtube it, thank me and blame me later.

Who should I root for? EVERYONE. It’s basically a match to get more guys on the card. Go ahead and pick a guy to cheer for, there aren’t a lot of story lines going into this. You’ll notice a big tall 7’2” guy going by the name of The Big Show, you might want to pick him. The crowd favorite in this match is going to be that studly Dolph Ziggler, he’ll be the one with bleach blonde hair and doing all the cool stuff. If you wanna sound smart tell your SO/Friends I wonder what Kofi is gonna do?! Kofi is the African-American gentlemen with the rasta look from west Africa.. yeah I know. When it comes to big moments Kofi always has something ready to go. 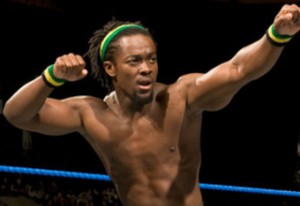 The Ladies of the WWE the Divas!

What’s the deal? When in doubt throw all the ladies into one match. It’s the first time in a long time the Divas (I know) title will be defended on a mania card. AJ Lee, the anti-Diva, has been your champion for a long time. She’s made some enemies, in short everyone.

Who Should I Root For? The main players in this are The Bella Twins, you should be able to figure out which two they are. The only other choice is AJ, but she’s had the title too long and she’s not on their Diva TV show… so take a wild guess who might not be winning. 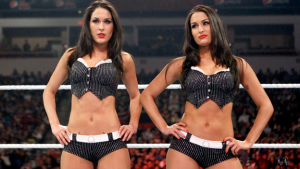 What’s the Deal? Ryback and Curtis Axel are two failed single pushes wrapped into a tag team. The Matadors are a comedy act. The Real Americans’ are the wrestling tea party and they’re great. The real big deal here is The Usos’ your super over good guys, with all the face paint and war dances you could want.

Who Should I Root For? Well the only two real choices here are The Americans or The Usos. The American’s seem to be on their way to a break up, Cesaro is poised to be your next big star and Jack Swagger is poised to get caught with more weed. Champion’s retain and then are never heard from again!

What’s The Deal? The Shield (Reigns, Rollins, and Ambrose) are basically one of the biggest deals in the company. Three super talented young workers put together to serve the purpose of HHH, well until they decided to think for themselves. Now they must go on the run and if you can find them you can hire.. wait no sorry wrong gimmick. They have turned good and fought against HHH and the company so they must be punished. Enter junior executive Kane and his flunkey’s The New Age Outlaws.

Who Should I Root For? The Shield are on the verge of a huge turn to the light and on course for an even bigger break up down the road. Their opponents are all hoping to get out of there in time to be in bed by nine. Favor youth, favor THE SHIELD! 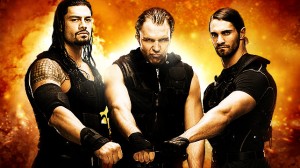 What’s The Deal? The winner get’s a ticket to the main event. Basically over the last year Daniel Bryan has become everyone’s hero. He is the little guy with the heart of gold kicking everyone’s ass. He has had the WWE World Title ripped away from twice over the last year. Now he has to fight his way back to the main event. Standing in his way is the boss. HHH, Hunter Hearts Helmsley, the man that views him as a B+ player and not world title material. Lately thought H has decided maybe it would just be easier if he was his own world champion. HHH has a reputation as being the guy who buried talent to get himself ahead. I mean he married the bosses daughter! Take that shit Reign! This match has really turned into the internet vs. HHH and he knows it.

Who Should I Root For? Well do you have a soul? THEN DANIEL BRYAN YOU JERK FACE ASS! Sorry sorry.. Uh it seems Dbry is the favorite to walk away with the win, but you never know what could happen and what swerves and turns are in store.

What’s The Deal? Every year we ask the question who will carry The Undertaker to a good match? No I kid, I kid…seriously don’t hurt me. The Undertaker is the end-all-be-all in wrestling. He’s the big deal, the last outlaw or whatever they’re putting on T-Shirts now. He’s never lost at Wrestle Mania which is impressive until you remember this is pro wrestling. He’s 21-0 and the question every year is will this be the year they end the streak (psssst THEY’RE NEVER ENDING THE STREAK). This year’s lamb to the slaughter is Brock Lesnar, if you have a bro in your life he probably just got all excited. He’s the former amateur wrestler turned pro wrestler turned NFL washout turned UFC champion turned UFC washout turned pro wrestler again. So you say it seems pretty academic at this point.. until I tell you Brock Lesnar is nuts. I honestly think he forgets this shit is supposed to be work. He forgets to pull those punches and not blast dude’s in the face with his boots. It’s great. There will probably be blood and guts and it’ll be worth the price of admission alone.

Who Should I Root For? Look I am not a fan, but it’s hard not to think The Undertaker is the bee’s knees. He’s tall, dark, and gruesome. If someone told you that you could see Babe Ruth play baseball or Wilt Chamberlain play basketball you’d watch…and that’s what ‘Taker is. Unless you’re a bro, then you can root for Lesnar, if not pour one out for the dearly departed Paul Barer. 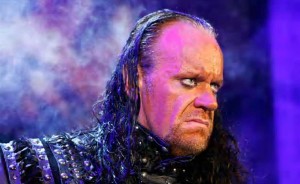 What’s the Deal? Randy Orton is your unified nationalized world super heavy weight champion. Batista is a really big dude… oh he’s playing the green guy in that movie this Summer. He also is a former world champion, but nowadays he makes his living playing big muscular guys in action films and mumblecore things I assume. Batista won the Royal Rumble in January to get a spot in this main event. Orton is the hand picked champion of the world. All the excitement and pomp and circumstance and other describing words; yet no one cared. People actively have dreaded and hated this match since it was confirmed as your main event. So what do you do? You tie it into the only story line that matters. So whoever wins HHH v. Daniel Bryan gets hot shot into this match. That’s what you call “trying to pull shit out of your ass,” kids.

Who Should I Root For? The real two choices here are the winner of the HHH/Daniel match, you would hope Daniel Bryan is that guy, but who knows at this point. Batista has a huge blockbuster movie coming this summer, and that belt would look really good on a red carpet. Every Wrestle Mania is built around the idea of having a Mania Moment, something you could close the event on. Daniel Bryan standing on the top rope with the championship around his waist, screaming “YES! YES!” could be that moment. Now they know that we know that, and so I wouldn’t be shocked if they decided to be smarter than us. Who knows, wrestling is fun.

So that’s it. That’s the biggest wrestling event of the year all laid out and explained, hopefully. At this point the best advice I could give you if you’re watching this with a beau or friends would be to ask a lot of questions. Wrestling nerds love talking wrestling and theory. They have no problem answering all your questions, it’s what they think about all day. Showing interest in the thing they have loved since they were eight is a sure-fire way to make them know you are into it. Also Wrestle Mania Rewind is on the network and it goes over every big moment in the history of the event. Oh and don’t be a sucker and pay full price, if you don’t have that network get that network, nine dollars beats sixty dollars every time. It’s the biggest day of the year this Sunday!

Can We Just Be Friends? Episode 38