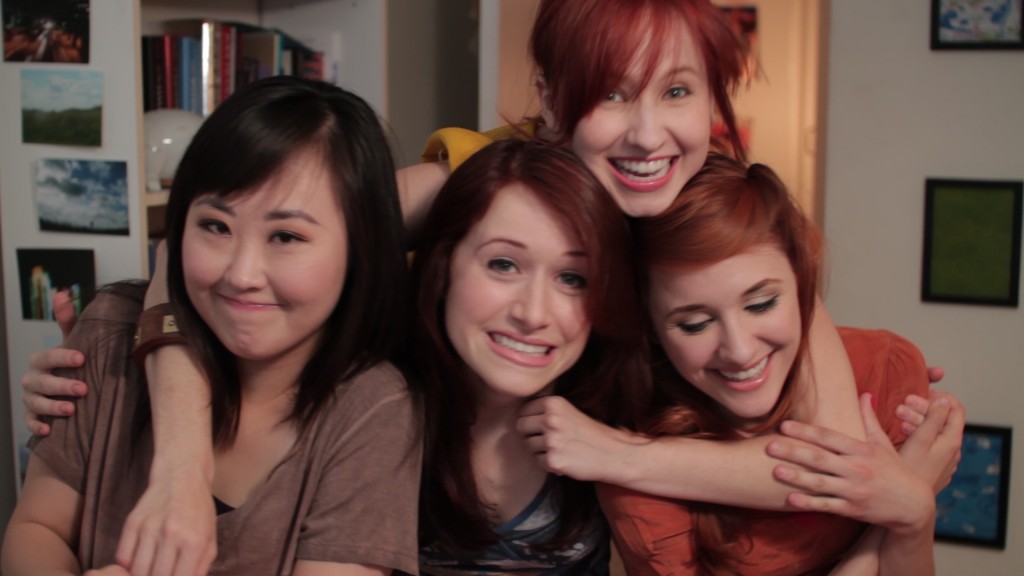 In these episodes we break down the 2012 web series The Lizzie Bennet Diaries, created by Hank Green and Bernie Su. Without a doubt this is both the most modern adaptation we’ve watched for the show, while somehow still being the most true-to-text. Extremely well written with solid performances and believable, real-life tension, we have to applaud the writers and the cast for the brave choices they made in making this, while giving new vitality to the spirit of Austen’s text. We think this is something that Jane would be proud of.

The characterizations are so on-point here, from the darling Jane to the rambunctious Lydia. The writing is sharp and smart and modern. The relationships develop in a very real way. When the characters argue or disagree, we feel it because we’ve lived it!

Lizzie herself can be a lot to handle sometimes! To make her a truly modern girl, she’s written as a young woman who thinks she knows best for everyone in her life except herself. Like Elizabeth Bennet, she does not truly begin to appreciate the people in her life (be it Charlotte or Darcy or Lydia) until she learns to recognize her own faults and begin to address them. As the saying goes, know thyself.

Not much to complain about here but I will say that this series gives us a Wickham who is TRULY vile. He doesn’t go around wearing a hat that says “BAD GUY” – his villainy lies in his charm, as always, and what he does not just to Lizzie but to Gigi and Lydia is beyond the pale. The writers and actors took some big chances with this character, and it paid off!

Probably our favorite so far!