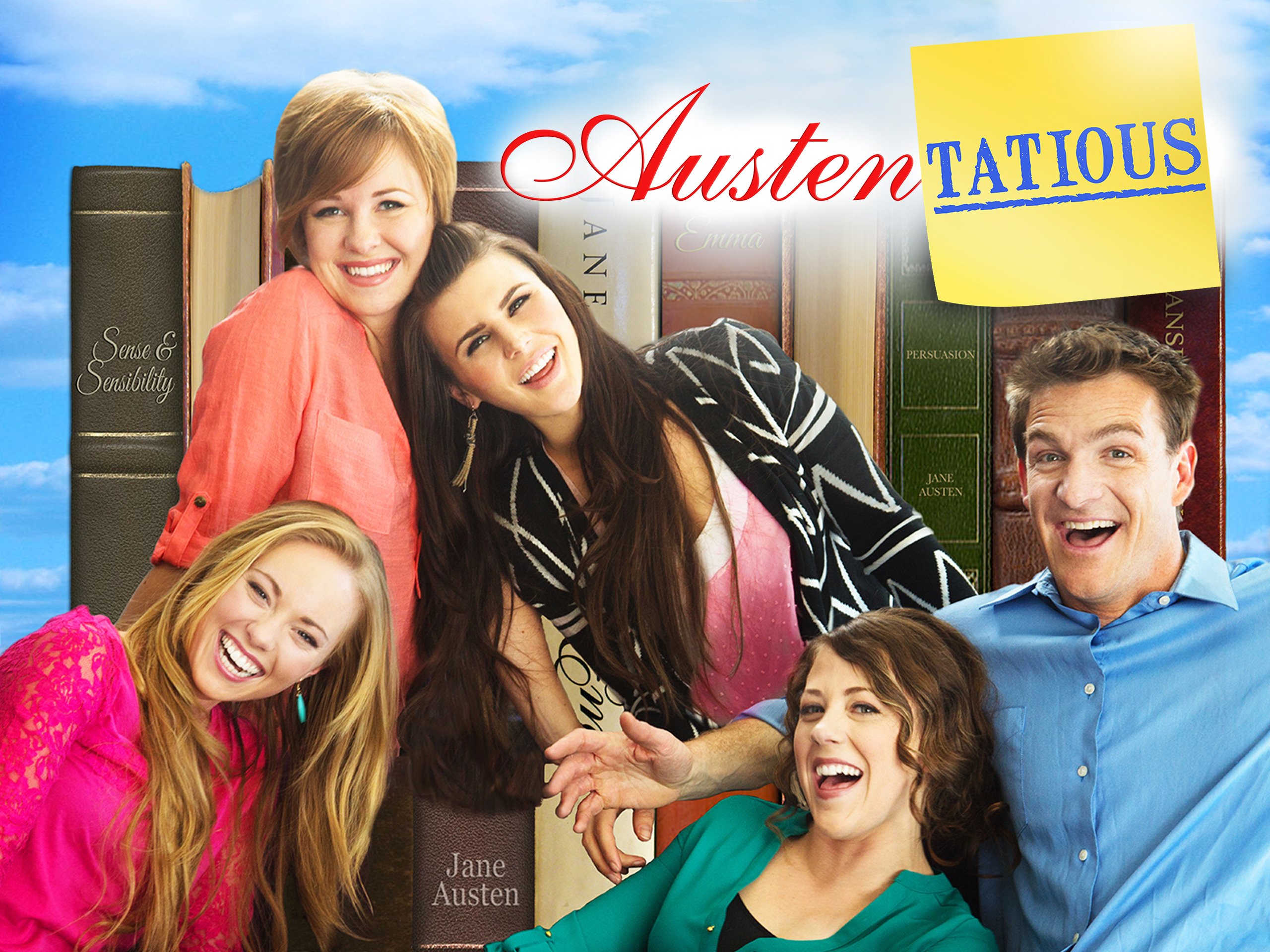 A slightly intoxicated Sammi and Beau are joined by returning guest Karolinn and first-time guest Brian to discuss the 2015 Straight outta Salt Lake City series Austentatious, which asks “what would happen if the Dashwood sisters, Emma Woodhouse, and Elizabeth Bennet were all single career gals who lived on a series of sound stages? There is little here to recommend the series, from creepy, miscast, and poorly adapted characters to cheap sets and some rampant misogyny. If you were considering watching this, our advice would be “don’t.”

Warning to listeners, this might be our most profanity-riddled episode yet.

The purple couch was nice. The conceit behind the premise is a lot of fun, at least.

All of it. Darcy is a sexist asshole, Marianne Dashwood is five-alarm angry all the time and is prepared to let her sister be homeless because she hates those leopard-print pillows THAT MUCH. Emma and Knightley the only tolerable characters (just barely), Elizabeth Bennet is…completely unrecognizable in terms of her personality, her values, and her goals. The less said about Edward Ferrars, IRS, the better.

The last time we review anything made in Utah.

Next ArticleDeliver The Profile Episode 75: 75 Years Of Laughs!