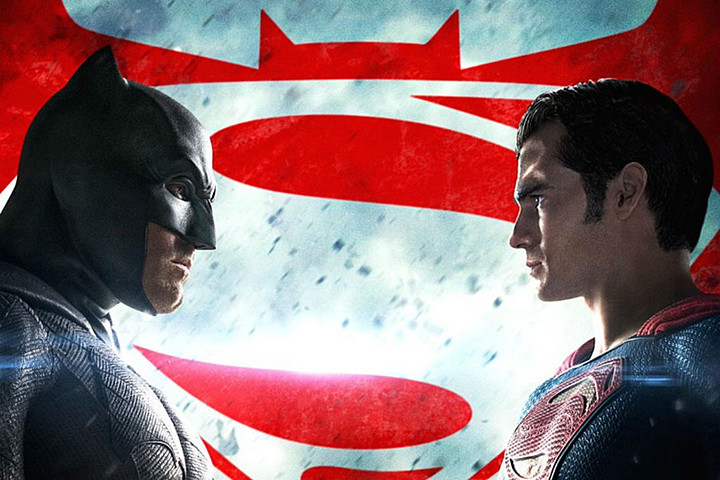 Batman v Superman, Why So Serious?

I really wanted to like Man of Steel when it was released in 2013.  I liked the look of it, the trailers were interesting, and I had enjoyed more of director Zack Snyder and writer David Goyer’s movies than I had disliked.  It was in a position to pick up the disappointed pieces left in the wake of Bryan Singer’s Superman Returns.  I had rather enjoyed that movie, and it in no way destroyed the character in the way that Joel Schumacher’s Batman and Robin had decimated that franchise, but it wasn’t the Superman movie I was looking for. 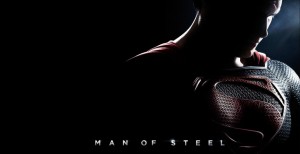 Even the studio’s confidence in Man of Steel seemed thin as the announcement of a follow up came with the information that Batman would be joining the alien superhero.  It was given a release date and a logo before it even had a script.  This isn’t entirely unusual nowadays, but DC Comics movies have a rocky road behind them at best.  For every The Dark Knight there is a Green Lantern. 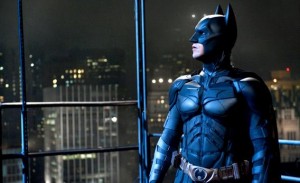 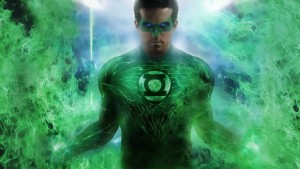 So I met every new development of this next film with, well, hate.  I hated everything I heard.  Another character seemed to be added every other day and I wondered how they would ever be able to service them in a satisfying way.  And I immediately concluded Warner Brothers was making an attempt to duplicate the success of other studios in a quick cash grab.

The two things I applauded were the two things met by most nerds with hesitation- the casting of Ben Affleck as Bruce Wayne/Batman and Gal Gadot as Diana Prince/Wonder Woman.  Well, and I suppose Jesse Eisenberg as Lex Luthor.  I thought they were great choices for these characters.  And when I heard the plot actually dealt with the fallout and destruction from Man of Steel, I got a smidge optimistic.  Especially when Affleck collaborator Chris Terrio was brought in to polish and rewrite the script (which I hear Affleck also did while on set in costume). 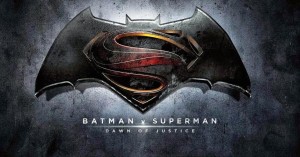 But there were also things like the title- Batman v Superman: Dawn of Justice, which made it sound like a Law & Order spin-off, and the spoiling of Doomsday in the film’s trailer (though I did think it inspired he was supposedly created from the corpse of General Zod).  Speaking of the trailer, it served up more of the same thing that bothered me in Man of Steel- shitloads of slow motion, and enough CGI to make George Lucas blush.

So after all these month of bitching, and anticipation, and the endless tie-ins and commercials, and not dreading how they were going to mess this up, but how much…what did I think?

The fact that there is going to be an extended cut blu ray release of Batman v Superman: Dawn of Justice is an example of exactly what is wrong with the movie in the first place.  That there could be more they feel would add to it is astonishing to me as the best possible thing to be done for the film is to excise material instead of putting in more.

I’d hoped that a movie featuring two of the biggest icons in comic book history would fall under the category of too big to fail, but it is precisely the size and scope and weight of its own material that causes BvS to do just that.  Instead of one satisfying movie, we are treated to about three different films, none of which get the room to develop enough for us to care about what they are trying to accomplish.

It is first and foremost a sequel to Man of Steel.  It is a Batman movie. And it is something trying to build up a cinematic universe in which numerous heroes will eventually band together to fight some as yet unseen threat.  BvS attempts to be epic and grand in the aspiration to accomplish all these things, but it ends up a colossal failure on all counts and left me wondering if this is how the DCCU would be approached whether it’s a world in which I want to even live.

It’s most successful at being a MoS sequel, picking up where the last film ended.  It explores Superman’s continuing heroics while exploring the ramifications of his very existence and the consequences of his previous actions.  Unfortunately that sentence describes it more aptly than the film portrays it.  There’s also a new bad guy in the form of Lex Luthor, this time a calculating Zuckerberg-like entrepreneur who isn’t as smart as he thinks he is but is far more menacing than previous versions that cast him as a guy who really likes real estate.

The Batman movie here is pretty interesting in its own right, and if it were left to its own devices in a separate film it’d be one I want to see.  Old Bruce Wayne, who is getting on in years, is concurrently doing some detective work around his home turf of Gotham while also trying to find some kind of defense against the new alien on the planet Earth.  Trusty butler Alfred is around to build and fix stuff, and fears the defensive measures are going to be used for offense, and his once young charge is turning into the type of thing he used to rail against. 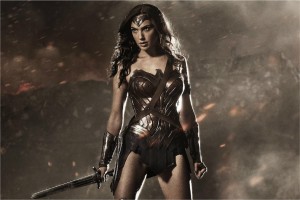 The least compelling of all the plot threads in BvS is the world building scenario that seems tacked on more than anything.  It’s a shame, because as a comic book fan I shouldn’t feel the appearance of other heroes as being a tedious exercise, but I did.  This is the story where one of the highlights of the movie unfortunately resides in the appearance of the one and only Diana Prince, aka Wonder Woman.  Her mission to recover something from Luthor introduces us to the concept of Metahumans in the film, and intersects her story with Batman.

While that might all sound interesting in theory, in practice it ends up a mish mash of ideas competing for screen time and coherency.  The MoS sequel suffers in that the main character is not the most interesting thing going on, the Batman story never gets its full due (despite once again taking the time to show us the death of Mr and Mrs Wayne- though, that’s done merely to come back as a ludicrous plot point later), and the Justice League prologue…well, to say SHOE-HORNED in would probably be an understatement.

Don’t get me wrong, there are things about each one of these stories that I really liked.  Just not here, just not this way.  And the issues with those stories are amplified by other creative choices I see in the film.  I take issue with the portrayal of the two title characters.  Yes, we’ve seen them this way before, but this is not the Batman or Superman of the collective conscious in pop culture.  These are imposter versions that are jarring to what’s happening instead of a novel approach. 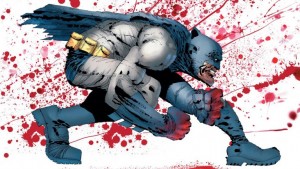 Some would have you think this is how they are meant to be.  I don’t know what comics they’ve been reading, but, actually I do.  They’re apparently kneeling once again at the altar of Frank Miller.  It’s understandable, as in the time before the comic book movie craze brought a lot of these characters into the mainstream, the medium and its fans fought for legitimacy.  Comics were viewed as child’s play, and work like that of Frank Miller was what fans could point to to elevate what they loved to a better position.  But that version of things was the exception, not the rule to these characters, and not every interpretation needs to bear their mark to be any good.

The way in which Luthor is portrayed is closer to what I want to see but not played so…annoying.  In fact, most of the characters in the movie are annoying or so full of exposition they’re more just to keep the plot going.  There are a couple of exceptions to note, however.  Laurence Fishburne and Jeremy Irons do a terrific job to the point I’d rather see a movie about Perry White than Clark Kent, or Alfred than Bruce Wayne.  Lois Lane and Wonder Woman are also miles ahead of the caped heroes, but have some of the fewest minutes in this thing, and Lois’ name could easily be changed to Miss Plot Device, Superman’s humble servant.

A lot of the talk centers on the conflict between the two main personalities.  How’s the fight is the big question.  Well, it’s inconsequential, really.  It might say versus in the title, but it doesn’t take a Ben Carson to figure out they will at some point join forces, and be joined by a better hero.  And that fight, hinted at in the trailers, between the “Trinity” and Doomsday (whose other credits include being a cave troll in Lord of the Rings) is one of the worst fights I’ve seen in a comic book movie. 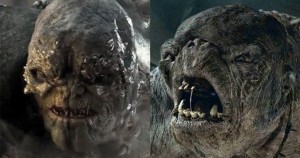 Among a blaring soundtrack and blinding special effects it’s essentially Superman and WW bulldozing into the creature while Batman distracts him.  Side note- somehow in cacophonous noise Superman hears Lois Lane (ahem, Ms. Device) underwater just in time to save her.  Spoiler alert, I guess.  I’ve got nothing against special effects, but there’s enough here to warrant a seizure warning, and quite honestly the effects just aren’t that good.  I had the same feeling to the CGI in MoS, and I was worried when I saw the over exaggerated images of the trailers.  The images are no better than a video game come to life, except the sad thing is I’ve seen video games with better graphics.

After leading up to a conclusion the movie (and the franchise) hasn’t yet earned, don’t worry- no spoiler, we have more epilogues than The Return of the King.  So the ending that could have accomplished some sort of catharsis in the audience is cheapened by unnecessary shit.  Once more people see the movie, I’d like to go line by line and make a list of just all the things that should be edited from the final cut of BvS.  If I had the chops I’d do it myself like those fans that re-edit the Star Wars prequels.  I guarantee I could make a much more pleasing, at least passable, film than has been released to us.

To sum it up: It’s not that it’s dark and gritty that’s an issue, or that it’s not fun and light like other movies.  It’s not that it has serious themes to it.  It’s that it gets bogged down trying to do so, and seems preoccupied with it instead of telling the story.  It’s becoming a hallmark of these movies to favor style over substance. Dark does not translate to complex, gritty does not create meaning.  Knowing these characters as I have nearly my entire life, this is not the World’s Finest. 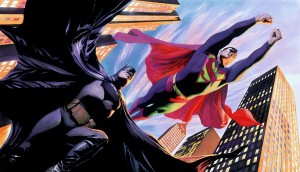 As always the images used i this review do not belong to us, they were on the Internet and looked pretty.  We’re allergic to litigation.

Next ArticleCan We Just Be Friends? Episode 72